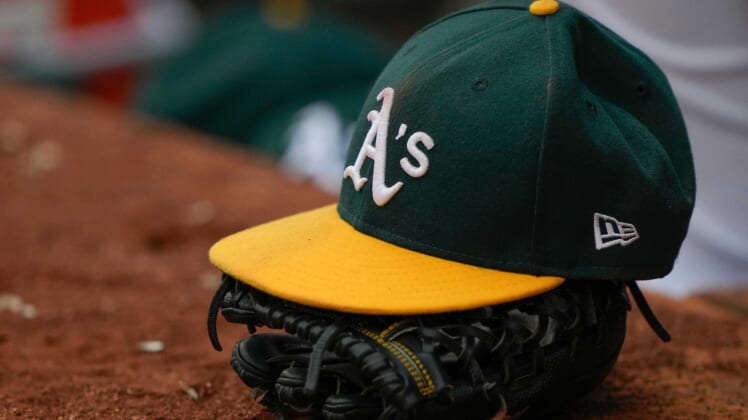 There are few MLB fan bases more passionate about their team than the Oakland Athletics. While it’s a smaller group of devoted fans who love the A’s, their joy for baseball remained strong despite owner John Fisher tearing down a contender every few years.

Oakland understands the significance of its MLB team to the region. It’s why multiple efforts have been made to start putting the ideas in place for a new stadium. In October, Alameda County supported a proposal for a new A’s stadium with support from Oakland Mayor Libby Schaaf.

Unfortunately, one key hurdle has always prevented progress on a stadium deal. The Howard Terminal complex proposal is pitched by the Athletics as a way to keep the team in Oakland, provide income for the city along with the creation of jobs and housing

In theory, like all stadium proposals submitted by teams, it sounds like a good idea. Except, it would cost Oakland hundreds of millions of dollars with an additional $260 million paid from the state budget to just upgrade the infrastructure so the new complex can be built.

It’s been met with significant pushback, especially at a time when the city has so many other dire issues that need to be addressed and have a far greater impact on the community. Yet, supporters emphasize the importance of keeping the Athletics in Oakland.

While loyalty to a team is understandable, the Athletics’ offseason and its recent history under Fisher should demonstrate to Oakland that the A’s organization doesn’t deserve the fan support or money from the taxpayers.

The Athletics have never been a team that spent a lot of money, it’s why the book and movie “Moneyball’ exist. Even as MLB revenue soared in recent years, the Athletics consistently maintained one of the lower payrolls in Major League Baseball.

For a club that finished with a .500-plus record from 2018-‘2021, Oakland didn’t spend very much. It tied into the idea of maximizing dollars per win, finding value where teams like the New York Yankees, Boston Red Sox and Los Angeles Dodgers couldn’t.

However, MLB has changed in recent years. Organizations like the San Francisco Giants, Dodgers, Yankees and Red Sox also find those bargain players. When they don’t sign them, trading for them becomes the next best thing. The Athletics saw the ‘Moneyball’ strategy adopted by teams who were far more aggressive when it matters.

Clubs with genuine interest in competing for pennants and World Series titles recognized that fielding an above-average team that simply reaches the postseason isn’t enough. It sometimes takes absorbing a larger contract to acquire talent and other times slightly overpaying for a player can be justified when league revenue is rising.

That isn’t Fisher’s primary or secondary objective with a World Series. The Athletics’ owner who won’t talk publicly, prioritizes the bottom line. Even if it means driving fans away, depleting the product and firing team employees in the process, minimizing expenses to increase revenue is more important than competing in October.

We’re seeing the latest example of it right now. The Athletics’ payroll, when factoring in arbitration salaries, will hover around $50 million early this season. By the MLB trade deadline, it will be even lower. It’s all just part of the process for Fisher’s goals, ambitions that violate the nature of competitive sports.

The COVID-19 pandemic had a devastating impact on human lives, the economy and it significantly impacted MLB. Without fans in seats, league revenue dropped for the first time in years. MLB owners talked about financial losses of ‘biblical’ proportions and their employees paid for it more than anyone.

In May 2021, the Athletics furloughed half of their front office, made significant cuts in scouting and business operations and those cuts carried over through October 2020. Fisher also wanted to stop paying minor-league players, many of whom make less than minimum wage, until an overwhelming public backlash led to pay being restored.

Oakland made a few moves to stay competitive on the diamond in 2021, but nothing substantial enough to make a difference. Following an 86-win season, plans were made to drastically cut payroll. Once a new MLB CBA was signed, Fisher and the Athletics’ organization received exactly what they wanted.

For one thing, the new CBA ensured labor peace for the next five years and that resulted in new broadcasting rights deals with NBC and Apple. With new sources of league revenue already secured, the A’s received something even more valuable

As part of the new CBA, the Athletics are being phased back into the revenue-sharing tier of MLB teams. It’s at a 25% increment each season, per The Athletic’s Ken Rosenthal, over the next four years. Considering the club receive $34 million from the revenue sharing in 2016 (San Francisco Chronicle) and MLB’s financial numbers have soared since then, a significant portion of the team’s 2022 payroll will be covered by other MLB teams.

That’s the ultimate prize for teams who are spending less than $75 million per season, a majority of the player salaries are covered by clubs like the Yankees, Giants, Red Sox, Dodgers and Chicago Cubs. It makes it even easier to maximize the profit margins for Fisher and like-minded team owners. 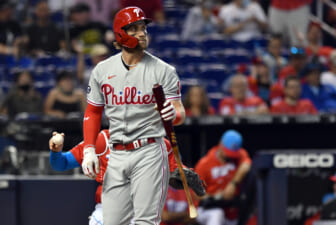 With the club’s payroll cut dramatically this season, the Athletics will be one of the worst MBL teams in 2022 and Fisher could see a better revenue than when the club competed.

Oakland already went through a painful experience with the Raiders’ departure, this region deserves a pro team it can pour its heart out for every season. Unfortunately, Fisher has pushed things to the point where the Oakland Athletics don’t deserve the right to have this support.

The new MLB CBA states that the A’s will lose their revenue-sharing status if a deal for a new ballpark isn’t in place by January 25, 2024. While that stipulation doesn’t specify where the stadium must be approved, meaning Las Vegas is a possibility, Oakland shouldn’t budge another inch on a publicly-funded stadium.

Since buying the franchise for $180 million in 2005, Fisher has never shown the willingness to invest in this team or a new ballpark. While team owners claim that the sport isn’t very profitable, the new TV deals and the estimated team valuation say differently.

If Fisher isn’t willing to cover the costs for a new stadium, Oakland should wish him well. Whether it means the franchise relocates to Las Vegas, Fisher sells the team for a profit or he loses the financial cushion of revenue sharing, it should no longer matter to the city.

After so many years of fans pouring their heart, time, money and emotions into this club, it’s time to walk away when the person running things values a profit increase over a good baseball team, a happy fan base and people having jobs.