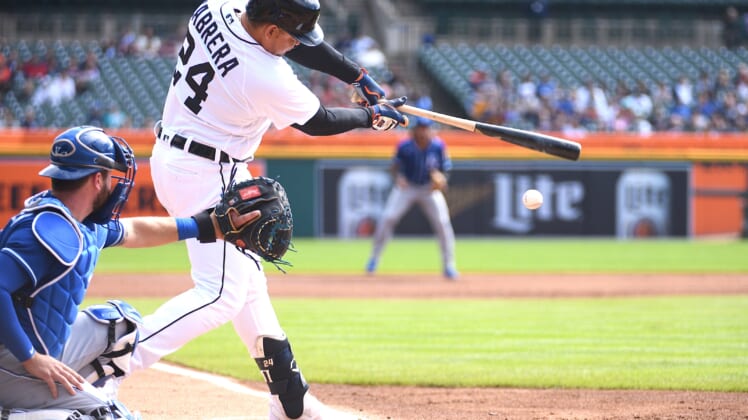 What is the highest batting average in MLB history? While the stat has seemingly become outdated with the rise of analytics, baseball fans everywhere still love diving into the numbers. Below, we examine plenty of MLB stats that capture the greatness of baseball’s best players ever and in 2021.

Let’s dive into the MLB record books for the highest averages in a single season, baseball history and examine where the game is headed based on 2021 statistics.

What is the best batting average in an MLB career?

When fans debate who is the best hitter of all time, the discussion usually centers on Hall of Famers like Ted Williams, Ty Cobb, Tony Gwynn and Roger Hornsby. There are other names worth of consideration, like Shoeless Joe Jackson and Barry Bonds, but they come with on-field controversy that impacts their legacies.

One popular method of determining the best MLB hitter ever is how often they came through with a hit. It eliminates the likes of Bonds (.298), Babe Ruth (.342), among others. So, which Hall of Famer holds the record for highest career avg.

Unsurprisingly, it’s Ty Cobb. The infamous ballplayer was a hitting machine, posting an incredible .366 average across 13,103 plate appearances during his career. He reached that number thanks to nine seasons with a .380-plus average and three years clearing the .400 mark. Consistent all the way, Cobb’s lowest mark came in his rookie season with an ugly .238/.286/.298 slash line. After that, he was a force the rest of the way and even combined for a .343 average across his age-40 and 41 seasons.

As for Cobb’s closest competition, Oscar Charleston retired with the second-best batting average in baseball history (.364). Hornsby comes in third (.359) and Shoeless Joe Jackson is fourth (.356).

Tony Gwynn retired with a .338 batting average, ranking 22nd in MLB history but fourth among players with 10,000-plus plate appearances.

Who has the highest batting average in a season?

Many of the best hitters in MLB history earned their places with various milestones, but batting average is always seen as one of the most familiar and popular stats. It’s a simple statistic, tracked for nearly as long as the game has been played, simply finding out how many hits a player recorded in their at-bats.

As baseball fans might expect, the highest batting average in a single season doesn’t come from recent times. Since 1970, the best average came in 1994 when Tony Gwynn posted a .394/.454/.568 slash line with the San Diego Padres.

The legendary outfielder had a shot at the first .400 season since Ted Williams posted a .406 average in 1941, but the MLB strike wiped away any shot at history. In more recent times, Todd Helton and Nomar Garciaparra tied for the highest single-season average (.372) since 2000.

But the all-time single-season record for batting average is credited to New York Cubans outfielder Tetlo Vargas, a star in the Negro League, who posted a .471 average in 1943. Incredibly, it was his final recorded season as he retired after his age-38 season.

In MLB history, the record for single-season average is credited to Boston Beaneaters outfielder Hugh Duffy. Across 606 plate appearances during the 1894 season, he posted a .440 batting average.

Here are the MLB leaders for the single-season batting average.

Below, a leaderboard for the highest career batting averages in MLB history.

What was the best batting average in 2021?

Los Angeles Dodgers infielder Trea Turner, acquired at the MLB trade deadline, won the NL batting title this past season and led MLB with the highest batting average in 2021.

The 28-year-old faced some competition from Frank Scwindel, who spent the majority of his 2021 campaign with the Chicago Cubs. But while Schwindel’s average (326) fell just behind Turner (.328), the NL MVP candidate finished with 353 more at-bats than Schwindel.

Notably, Turner’s average at the plate falls significantly behind other recent batting champions. New York Yankees infielder DJ LeMagieu led MLB in batting average during the COVID-shortened 2020 season, posting a .364 BA. In that 60-game season, five players finished with a higher average than Turner in 2021.

In 2019, Chicago White Sox shortstop Tim Anderson led MLB with a .335 BA and Turner’s current teammate Mookie Betts posted an MLB-high .346 average in 2018. Below, we dive into the recent downward trajectory of hits and BA across baseball.

What is a good batting average?

As pitchers have increased their velocities in recent years and become more aggressive in pursuing strikeouts, we’ve also seen hitters make adjustments. But the changes made by batters are focused on emphasizing power, driving the ball out at a higher exit velocity and with a higher launch angle to increase the odds of a home run. As a result, the yearly batting average across MLB is dropping.

Unsurprisingly, strikeout rates are spiking dramatically during this new era with at-bats largely becoming the three true outcome at-bats (strikeout, walk or home run). As a result, while a .270 average in 2010 would have been viewed as a positive mark, we now could view a .265 BA as a solid rate for a hitter.

Changes are coming. Different rules are being experimented with in the minor leagues and the crackdown on pitchers using enhanced substances made things easier for batters in the second half of the 2021 season. Looking ahead to 2022, we expect the league-wide average to climb above .250 for the first time since 2019.

Who will lead MLB in batting average in 2022?

However, there is no better pick than Juan Soto. The Washington Nationals outfielder is the best hitter in MLB and he should be the favorite to win the NL batting crown.