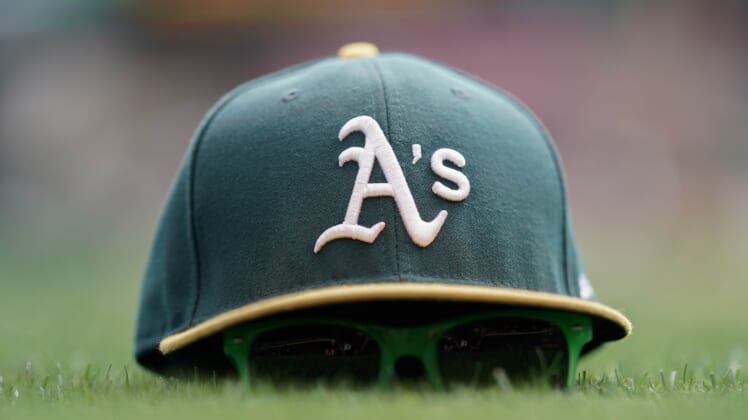 The Oakland Athletics received overwhelming backlash in May when the organization decided it would stop paying minor league players for the remainder of the year. After more than a week of criticism from fans and players, the A’s have had a change of heart.

When MLB suspended the 2020 season due to the coronavirus, it also led to thousands of minor league players being out of work. Already in a difficult financial situation and committed to their teams, players had no source of financial support coming in.

Fortunately, MLB stepped in with a short-term solution that would provide MiLB players with compensation for a short time. Then, the league agreed to provide each minor league player with $400 a week through May, per ESPN’s Jeff Passan.

While many MLB clubs announced they would extend that pay for their MiLB players through at least June, with some extending it through the scheduled end of the minor league season in August, the A’s planned to eliminate the pay this month.

“I changed my mind after spending a lot of time talking to our team,” Fisher said, via The San Francisco Chronicle. “I concluded I’d made a mistake.”

Now, the Athletics will provide their minor league players with $400 per week for the remainder of the originally scheduled MiLB season. Meanwhile, Fisher is also creating an emergency assistance fund for workers that the organization furloughed in May.

While the decision is great news for MiLB players with the Athletics, difficult decisions have already been made across baseball.

The MiLB season is expected to be canceled and an elimination of at least 40 teams is expected in the coming months. Additionally, more than 1,000 minor league players have been cut over the past week as MLB starts preparing to trim the minor leagues for future seasons.

It’s great to see teams like the Athletics and Minnesota Twins stepping up for the players who are the backbone of baseball. A majority of minor league players never reach the majors, but they do provide talent to challenge their peers, entertainment for fans and many go on to become coaches and help the game grow.