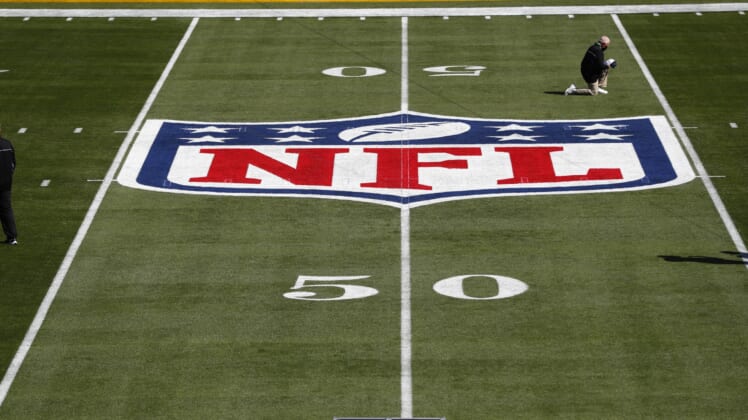 The COVID-19 pandemic took a toll on the NFL, costing the league billions of dollars in lost revenue, hurting television ratings and sidelining countless players and coaches. The fallout from the pandemic will significantly impact the upcoming 2021 season, but there’s a reason for optimism around the corner.

As teams prepare for a pivotal offseason, one that COVID-19 will influence, the league is thinking about the future. Coming off a year that saw networks lose millions of viewers and games played in nearly empty stadiums, the NFL’s biggest revenue sources took dramatic blows. Fortunately, even after an unprecedented year, things are looking up for the football world.

According to The Athletic’s Lindsay Jones, there is optimism across the league that league revenues will rebound in the 2021 NFL season and the salary cap the following year will climb as a result.

For nearly a decade, the NFL has seen its profits skyrocket each year and the salary cap has followed suit. After sitting at $120 million in 2011, the cap ceiling vaulted to $143.28 million for the 2015 season. By 2018, the league pushed that number to $177.2 million, with the figures steadily rising each year. Before the pandemic hit, many in the league anticipated a 2021 salary cap over $200 million.

The coronavirus changed everything. Many teams were forced to ban fans from attending games, costing organizations tens of millions of dollars. We also saw during the pandemic that Americans watched fewer sports, with alarming drops in viewership across the board. While the NFL fared far better than the NBA, MLB and NHL, it still felt the effects of this unprecedented crisis.

Teams started bracing for the ramifications last summer. Owners watched their spending and it took prolonged negotiations before the league and players’ union agreed on a plan to handle the economic blow. After setting the cap floor at $175 million, the NFL recently raised it to $180 million. Even if the number is higher, with an official figure coming in March, it will still be a significant drop from where teams operated last season.

Despite it all, there’s a reason for owners and teams to be optimistic. The NFL is negotiating new television contracts, with a majority of the contracts likely to be finalized within a month. Once the agreements are official, it’s estimated the league will make $100-plus billion over the duration of its 10-year broadcasting rights deals.

That means $10-plus billion coming into the league’s pockets from television contracts alone. It doesn’t include additional sources of revenue, like fan attendance. There’s good news on that front as well, with more COVID-19 vaccines becoming available and teams preparing for increased capacity next season.

This also works out well for players and could make free agency this offseason more interesting. We could see more one-year contracts, with NFL stars willing to play on a “prove-it deal” before seeking a long-term contract when things open up in 2022.