The latest updates to NFL rules were revealed on Tuesday by the league office, and while there were some expected changes and common-sense stipulations in place, there’s going to be an initiative to crack down on any form of taunting in 2021.

Pro Football Focus’ Ari Meirov shared the video the NFL sent out to explain how and why officials are being instructed to “strictly enforce” taunting penalties, with fines, ejections and suspensions palpably possible as a means of punishment:

As popular and successful as the NFL is, it’s frankly stunning that the league continues to generate self-inflicted, unnecessary distress when it comes to the finer points of rules.

That’s not to say the rules of pro football that adjust for enhanced player safety and alterations of that nature haven’t been beneficial. It’s not like the league has a zero batting average on these rules changes.

However, there is a such thing as overthinking and making a few too many tweaks, and it seems like almost every year, when NFL rules modifications occur, there’s at least one change that creates more confusion than the initial issue it hopes to resolve.

NFL rules should facilitate games, not decide them

Exhibit A of the phenomenon described in the boldfaced headline above: The catch rule.

Remember when newly minted Hall of Famer Calvin Johnson rolled over in the end zone after securing a would-be-winning touchdown grab, only to have it called back? Or how about Dez Bryant’s “non-catch” in the playoffs for the Dallas Cowboys?

The vagueness of what a “football move” is, controlling the catch through the process, etc. It’s not even worth getting into anymore. Players don’t like it. Fans don’t like it. Coaches on either end of the outcome can’t feel good about it. Nobody wins. It’s undue controversy and more fodder to bash officiating crews. 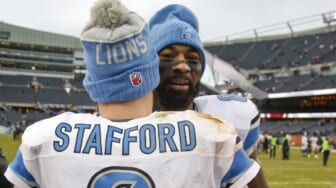 That’s precisely what we’re looking at here when it comes to taunting. On its own, a taunting penalty is severe enough. A 15-yard flag can change the trajectory of a game. Two such infractions on one competitively heated NFL Sunday? Grounds for an automatic ejection.

Check out our latest edition of NFL power rankings

The NFL once tried to mitigate the prevalence of creative touchdown celebrations, and although regulations on those end zone theatrics have softened since, we may be in for another setback in that area, too.

If we’re getting into situations where a highly emotional superstar happens to get a little too demonstrative two too many times over the course of a 60-minute game — of which there are only 17 per year in a very limited run of an NFL career — ejections could wind up swinging the outcome of games.

Again, no one wins. Even the beneficiaries have to feel cheated in some way.

The preseason is reduced to only three games this year, and many of the NFL’s biggest stars aren’t playing — or are making mere cameos if they are.

Stakes in exhibition contests are much lower, too, and while some who are fighting for a roster spot might find themselves on the wrong end of a taunting flag, the ugliness of this stricter policy may not rear its head until the regular season.

Taunting really doesn’t seem like as much of an issue the NFL is making it out to be entering the 2021 season. Who’s really dismembering the legacy of the sport with undue taunts? How many are truly just abhorrent and offensive? Is there one taunt per year that meets that criteria? Maybe two? Certainly no more than a handful.

Does your team make the cut in our top 20 NFL defense rankings? Find out here

This issue is being completely blown out of proportion, and especially after fans weren’t allowed to attend NFL games throughout last season because of a global pandemic, you don’t think the sport’s biggest stars are going to want to release some bottled-up emotion and get their fans fired up after playing to empty stadiums throughout 2020?

Consider how demonstrative Tom Brady is at times when he’s in the heat of gridiron battle. We can only hope the Tampa Bay Buccaneers don’t have a playoff game decided, or mired in controversy, because of how much TB12 is or isn’t taunting.