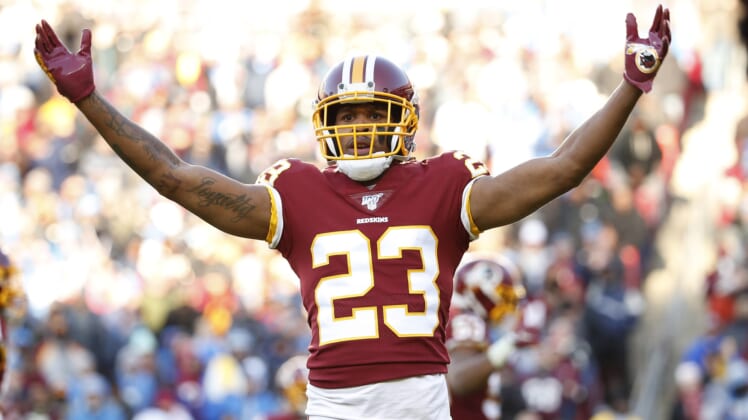 Just a few months after being wanted for alleged armed robbery, the NFL has reinstated Seattle Seahawks cornerback Quinton Dunbar off the Commissioner’s Exempt list.

Dunbar was placed on the exempt list, along with New York Giants cornerback DeAndre Baker, on July 27 as they faced charges of armed robbery. While Baker now potentially faces 10-plus years in prison, Dunbar can return to the practice field this week, according to NFL.com.

Originally, Dunbar was facing multiple charges that put his NFL career in jeopardy, The 28-year-old turned himself into police days after he was accused of involvement in stealing money and watches from people at a house party.

However, multiple witnesses came forward to argue that Dunbar was innocent and should not be charged with any crime. When prosecutors from the Broward State Attorney’s Office announced charges against Baker on Friday, they also declined to push criminal charges against Dunbar due to insufficient evidence.

The news is fantastic for the Seahawks, who acquired Dunbar from the Washington Football Team in March. Washington’s star corner forced a trade out of the organization, leading to Seattle only giving up a fifth-round pick for him.

Dunbar graded as one of the best cornerbacks in the NFL this past season by Pro Football Focus. He received an 87.6 grade and recorded four interceptions with only 29 receptions allowed, via PFF.

With the shutdown cornerback now joining their defense, Seattle boasts one of the best secondaries in the league. If they can add a pass rusher, with the club showing interest in two Pro Bowl players, the Seahawks could be Super Bowl contenders this season.