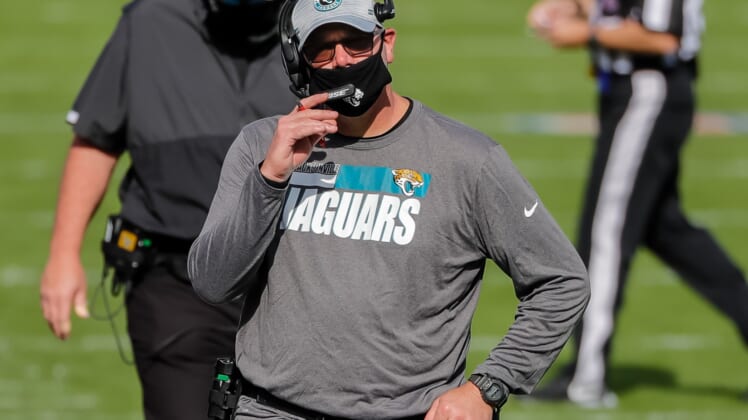 NFL news: The NFL’s “Black Monday” has arrived and Jacksonville Jaguars head coach Doug Marrone became the latest coach fired, with the organization parting ways with him after five seasons.

Marrone was hired as Jacksonville’s assistant head coach and offensive line coach in 2015. He replaced Gus Bradley in December 2016, before earning the full-time gig in the offseason. Now, following a four-year stint in the lead role, the Jaguars are making another change.

NFL Network’s Ian Rapoport first reported the Jacksonville Jaguars fired Doug Marrone on Monday. The team has since released a statement with owner Shad Khan confirming the organization is parting ways with its head coach.

Marrone’s first season as the team’s head coach soared past expectations. The team went 10-6, led by the NFL’s best defense, reaching the AFC Championship Game. If not for a few mistakes by Blake Bortles, especially late in the game, Jacksonville likely makes it to the Super Bowl.

Unfortunately, things came crashing down following the 2017 season. The Jaguars went 5-11 in 2018, with the defense taking a step back and the offense becoming even more of a liability. Things didn’t improve the following year with a 6-10 record. Expectations were low for the 2020 season, with many anticipating Jacksonville would finish with the worst record in the NFL.

Things looked promising out of the gate with a shocking Week 1 victory over the Indianapolis Colts. It proved to be the only win the Jaguars would have all year. The team lost its final 15 games, slipping past the New York Jets to secure the No. 1 overall pick in the 2021 NFL Draft.

While change always seemed imminent, the first real sign came after general manager Dave Caldwell was fired. The Jaguars were kicking off a complete overhaul of their organization, one that would result in sweeping changes to the football team. Marrone was allowed to finish the regular season, but his firing was inevitable.

There’s not a better job, either for a head coach or general manager, available in the NFL this offseason. The Jaguars can draft Trevor Lawrence, considered the best quarterback prospect since Andrew Luck, with the No. 1 overall pick. Thanks to the 2019 blockbuster Jalen Ramsey trade, Jacksonville also owns the Los Angeles Rams 2021 first-round pick.

If that wasn’t enough, there’s even more for a prospective head coach to like. Jacksonville is set to have approximately $100 million in cap space this offseason and there are plenty of talented players available in free agency. Pair that with a roster that boasts James Robinson, D.J. Chark and Laviska Shenault on offense, the pieces are in place to take a leap next season. If they can add some more defensive talent to complement Myles Jack and C.J. Henderson, it won’t be long before the Jacksonville Jaguars compete for the AFC South.

As for Marrone, he likely won’t be out of work for long. He is widely respected around the NFL and is one of the best offensive line coaches in the league. He’ll likely have his choice of offers to choose from this offseason and will be a fantastic addition for any team that hires him.