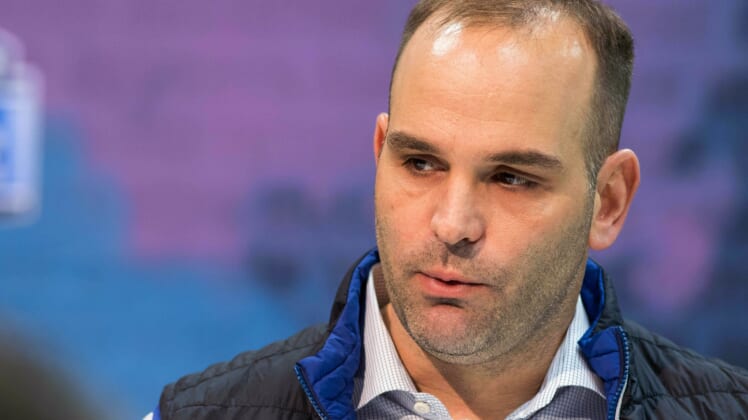 Multiple general managers are getting their post-holiday pink slips as the 2020 NFL season moves forward. That includes some Jacksonville Jaguars news following their narrow loss to the Cleveland Browns on Sunday.

ESPN’s Adam Schefter is reporting that the Jaguars have fired their general manager after a 10th consecutive defeat.

This really shouldn’t comes as too much of a surprise. In fact, it was pretty shocking that Caldwell kept his job after then front office head Tom Coughlin was fired by the Jaguars back in December of 2019.

Caldwell’s tenure in Jacksonville has included multiple notable trades, including the likes of Jalen Ramsey, among others. This is a team that has fallen on hard times after the Jaguars earned a trip to the AFC Championship Game following the 2017 regular season.

Caldwell, 46, joined the Jaguars as general manager back in January of 2013. Outside of that one outlier in 2017, the team has struggled to stay relevant on the broader NFL stage.

That’s obviously not going to cut it.

Sure Caldwell had some success in the draft during his tenure with the Jaguars. That included picking up the likes of Jalen Ramsey, Myles Jack, Yannick Ngakoue and Josh Allen.

However, he struggled filling out a talented offense and was not able to keep his core players together on a defense that yielded the second-fewest points in the NFL back in 2017. That’s evidenced by their rankings in this category since.

As you can see, there’s been a steep decline on that side of the ball. Trading the likes of Ramsey, Ngakoue and Calais Campbell, among others, did not help matters here.

Interestingly enough, Sunday’s Jaguars news did not include the team firing head coach Doug Marrone. He’s now 23-38 in that role.

As much as the Jaguars’ front office has struggled, their coaching situation is not great, either. Whether that changes here soon remains to be seen. For now, it seems Marrone will play out the remainder of a lost season with the Jaguars in Duval.