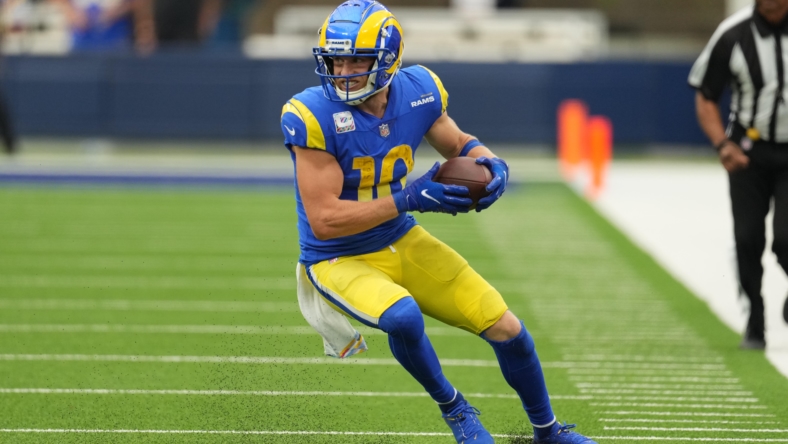 The NFL injury report for Week 9 is filled with some of the best players in football. We already saw All-Pro talent like Ja’Marr Chase and Deebo Samuel sidelined, and Sunday’s games only made things worse.

Looking ahead to Week 9, there are already a handful of players who will be among the NFL inactive. Among them are Chase, Marquise Brown, Mike Williams, and David Njoku.

Let’s dive into the NFL injury report for Week 9. Bookmark this page for daily updates with the latest NFL injury news and its impact on the teams and fantasy football.

The Indianapolis Colts have ruled out running back Jonathan Taylor for the Week 9 matchup against the New England Patriots due to an ankle injury. Described as a ‘week-to-week’ issue, his availability for Week 10 is also in jeopardy. In his absence, Deon Jackson becomes a mid-tier RB2 against an average Patriots’ run defense.

While the Dallas Cowboys listed Ezekiel Elliott as ‘doubtful’ on the final NFL injury report in Week 8, everyone knew he wouldn’t play. Jerry Jones confirmed that Dallas wanted to rest its veteran running back as he continues to deal with a knee injury. With a Week 9 bye, the Cowboys provide Elliott with two weeks of rehabilitation and down time before he likely returns to action in Week 10. Once back on the field, he will be part of the 1a/1b combo with Tony Pollard.

Chuba Hubbard (ankle) didn’t practice at all before Week 8, making it an easy decision for the Carolina Panthers to rule him out days in advance of their game. It’s the same story for Week 9, with Hubbard ruled out on Friday. D’Onta Foreman becomes (263 scrimmage yards in last two games) becomes the featured back against an above-average Cincinnati Bengals’ run defense.

After missing three consecutive games, Arizona Cardinals running back seems to be headed in the right direction. He returned to practice before Week 8, working in limited sessions on Wednesday and Thursday before an absence on Friday and then being declared inactive. Barring a setback, Conner seems to be trending toward a return on Sunday against the Seattle Seahawks

Baltimore Ravens running back Gus Edwards exploded out of the gate in his return from the PUP list. The 27-year-old running back delivered two touchdowns and 66 rushing yards in Week 7 then ran through the Tampa Bay Buccaneers for 65 yards (5.9 ypc) on Thursday Night Football in Week 8. He did come out of the game with a hamstring injury.

According to Ian Rapoport, Edwards is dealing with a ‘minor’ strain and could miss ‘ a week or so.’ With Baltimore facing the New Orleans Saints on Monday Night Football, fantasy managers should prepare for Edwards to be inactive. If that happens, Kenyan Drake steps in as a low-end RB2.

The Atlanta Falcons placed Cordarrelle Patterson on injured reserve right after Week 4, losing the Pro Bowl offensive weapon to a knee injury. Patterson returned to practice on Wednesday, but we’ll see if he gets activated in time for a tantalizing matchup against the Los Angeles Chargers’ run defense. We’ll monitor his status this week, with a focus on whether or not Atlanta designates him to return.

While the Cincinnati Bengals aren’t placing Ja’Marr Chase on injured reserve –automatically ruling him out for the next four games – don’t expect him to be playing anytime soon. The All-Pro wide receiver is dealing with both a torn labrum and a hairline fracture in his hip. Chase could play through the labrum tear, but Cincinnati can’t clear him to play until the hairline fracture heals.

It’s all about how quickly Chase’s body naturally heals, making his absence indefinite. During his absence, Tee Higgins and Tyler Boyd are most must-start wide receivers.

The Cooper Kupp injury terrified fantasy managers and made the Los Angeles Rams fear they would be without their star for the foreseeable future. Fortunately, Kupp told reporters after the game that he “dodged a bullet” with the ankle injury. He is uncertain for a Week 9 matchup against the Buccaneers, with his status likely becoming clear by Friday.

Reports as of Tuesday are positive. Jourdan Rodrigue of The Athletic said she expects Kupp to play in Week 9 and there seems to be a shared expectation the NFL’s 2021 Triple Crown winner at wide receiver is on the field Sunday. 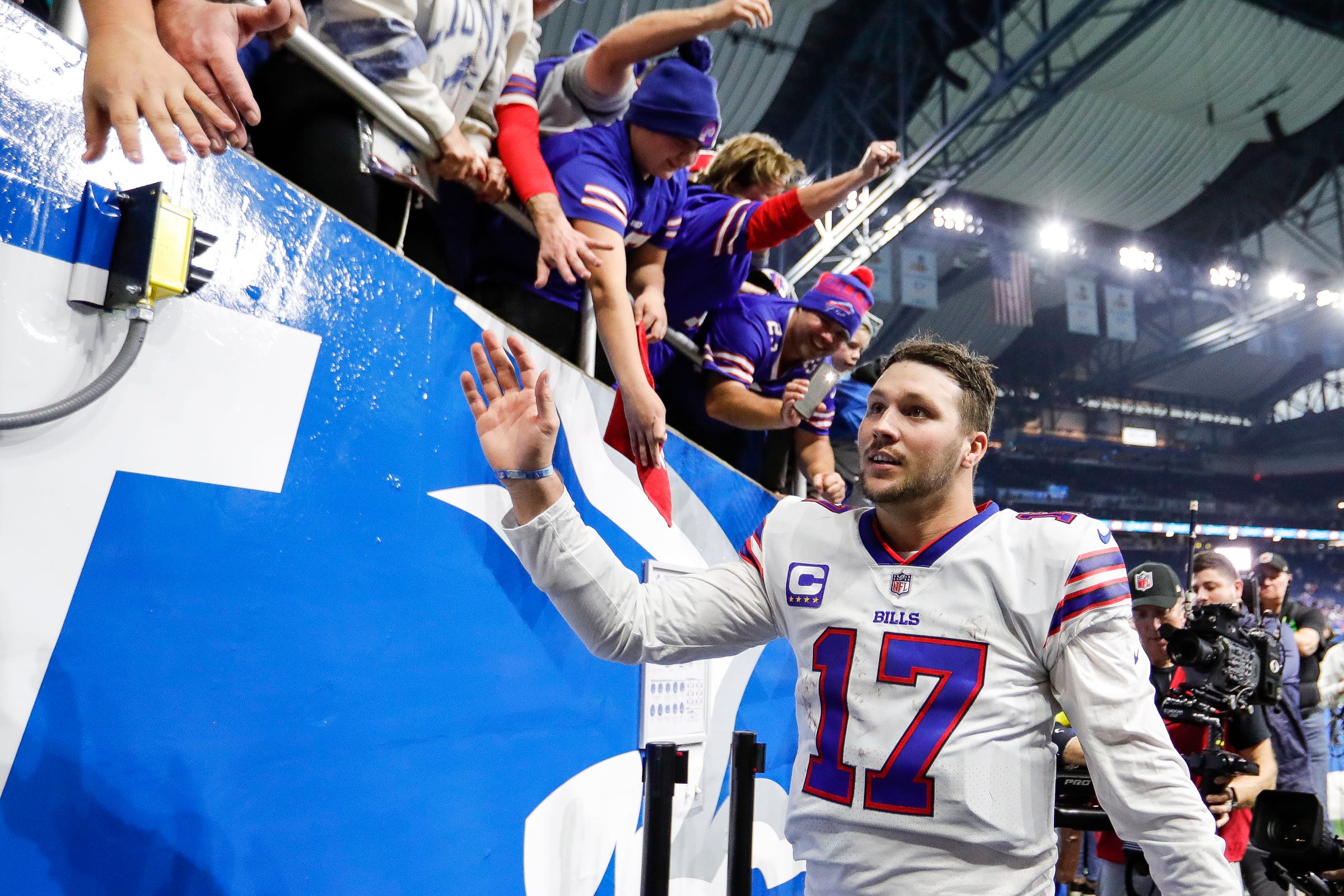 There isn’t going to be any NFL injury news on Deebo Samuel this week. The San Francisco 49ers are headed into the bye, which means no practice reports and the team can keep his recovery from a hamstring injury under wraps. With two weeks of rest, we’d anticipate Samuel returns in Week 10 to face the Chargers on Sunday Night Football.

Battling a hamstring issue, Keenan Allen has played in just the season opener and in Week 7, but the receiver admits he didn’t quite feel like himself and won’t be back until he does. Somehow, Allen suggests his hamstring got worse during the team’s Week 8 bye. Don’t expect to see him in Week 9.

New England Patriots wide receiver DeVante Parker injured his knee on the first play against the New York Jets and never returned to the game. Remarkably, Parker’s lengthy injury history in the NFL doesn’t include any knee problems. Considering how tight-lipped the Patriots are with injury updates, we likely won’t know much until Sunday. However, it’s possible New England rules Parker out with the Week 10 bye looming. If he can’t go, Jakobi Meyers and Tyquan Thornton will see more targets against the Indianapolis Colts.

Green Bay Packers wide receiver Allen Lazard never came close to playing against the Buffalo Bills. He missed all three days of practice before Week 8, days after hearing a “snap, crackle, pop” in his shoulder after a hit a week earlier. Green Bay will provide more clarity on Lazard’s status on Thursday and Friday, but he seems highly questionable to face the Detroit Lions. If he can’t play, Romeo Doubs is a high-upside WR3 play for fantasy managers.

After landing on the Baltimore Ravens injury report with a knee injury before Week 8, tight end Mark Andrews went down with a shoulder injury and never returned to action. John Harbaugh described it as “not a major thing”, but declined to provide a preliminary status on the All-Pro tight end. If Andrews can’t go, Isaiah Likely becomes a top-10 tight end play on Monday night. 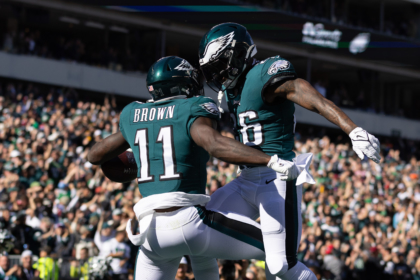 Darren Waller hasn’t played since suffering a hamstring injury in Week 5. Fortunately for the Las Vegas Raiders, he is trending in the right direction. Following limited workouts in practice this past week, Waller tested his hamstring in pre-game warmups this past Sunday. After missing two games, we’re anticipating that Waller returns to face the Jacksonville Jaguars in Week 9.