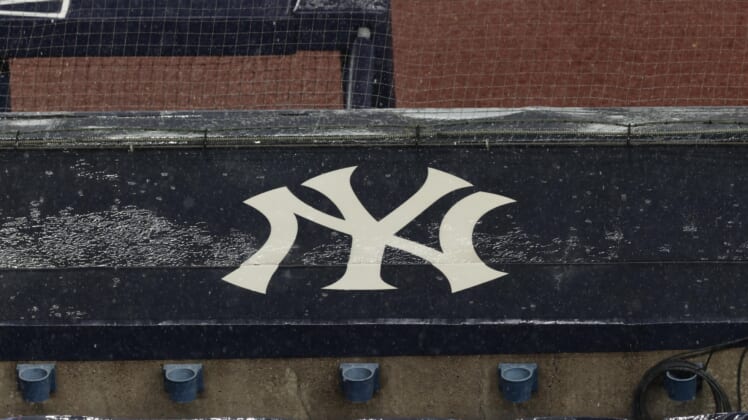 The latest New York Yankees rumors and news paints a great picture of how things have unfolded this season. Entering spring training as a favorite to win the American League, the Yankees haven’t quite lived up to expectations and fans want big changes.

The Yankees’ trade needs are obvious. New York doesn’t have a quality center fielder, it needs someone to challenge Gleyber Torres at shortstop, a left-handed batter and this rotation is a mess outside of Gerrit Cole.

Bookmark this page and check back throughout the season with updates on the latest Yankees rumors and their impact on their approach to the trade deadline.

MLB.com’s Jon Morosi believes the Yankees could make a major bid for Minnesota Twins ace José Berrios. Under contract through the 2022 season, Minnesota could land an impressive haul for its top right-handed pitcher. We detailed below what a deal might look like.

Will the Yankees be sellers?

A few weeks ago, the idea of selling in July seemed ludicrous. New York held a 28-19 record, winning six straight games and seemed to have its mojo back. Everything has come crashing down since, falling to a 33-32 mark after a series loss to the Philadelphia Phillies.

MLB insider Mark Feinsand believes a sale is possible next month, if things don’t improve. While the primary focus would be on sending out players on expiring contracts (Corey Kluber, Brett Gardner), it could go even further. Luke Voit would generate interest from AL clubs, Miguel Andujar might net the Yankees’ a starting pitcher with multiple years of control.

There’s still some time for the Yankees to rebound. But they have upcoming series against the Toronto Blue Jays, Oakland Athletics and Boston Red Sox. If New York drops all three, enters July with a sub-.500 record and then losing the Subway Series to the Mets, panic might lead to huge changes.

Finances will be issue at trade deadline

According to The Athletic’s Ken Rosenthal, the Yankees will likely treat MLB’s $210 million luxury tax line as a cap on their spending this summer. As a result, few expect them to acquire a marquee player at the trade deadline.

There’s reportedly a “lack of urgency” in New York, with many feeling it’s related to the Yankees operating with a soft cap. Already committed to $202 million in payroll for the 2021 season, that gives New York very little flexibility to acquire a high-profile bat. The front office can ask another club to cover a portion of the acquired player’s salary, but that will cost New York more prospects.

Ultimately, expect the Yankees to shop for bargains in July. It’s also possible, if the team’s slide down the standings gets worse, New York could sell off some of its contributors. Gary Sanchez ($6.35 million) could be a traded chip or the Yankees could package Gleyber Torres ($4 million) with prospects for a high-end bat.

A three-game sweep at Yankee Stadium by the Boston Red Sox was the latest sign of the Yankees’ problems. New York combined for just 10 runs and they haven’t scored more than five runs in a game since May 22. Clint Frazier (.623 OPS), DJ LeMahieu (.656 OPS) and Rougned Odor (.608 OPS) are a big part of the problem.

MLB insider Jon Morosi might have a solution for some of the Yankees’ run-scoring issues. Appearing on MLB Network, one of the league’s top reporters mentioned that Pittsburgh Pirates infielder Adam Frazier could be an option for New York.

The 29-year-old could interest the Yankees for a variety of reasons. He’s owed just $4.3 million this season and is arbitration-eligible in 2022, so this wouldn’t be a half-season rental. Frazier is also a versatile fielder, with MLB experience in right field (230 innings), center field (63.2 innings), left field (703.2 innings) and second base (2,788.2 innings).

Pittsburgh is rebuilding, so there is more long-term value in a package of prospects than a veteran infielder who doesn’t fit into the team’s contention window. Another positive for the Yankees, Frazier would give them another reliable left-handed hitter.

Among the players who could realistically be available this summer, no one generates interest like Trevor Story. The two-time All-Star is outstanding with the bat and superior defensively to Gleyber Torres. With the Rockies sitting in the cellar of the NL West, a trade feels even more likely.

But, according to The Athletic’s Jayson Stark, Colorado isn’t interested in discussing a deal right now. it goes beyond Story being on the injured list with elbow inflammation. The trade market has changed in recent years, with teams clinging to prospects and offering lesser quality for players in the final year of their contract.

The Rockies are very aware of the declining market for rental players and it seems to be the reason they are hesitant about a trade. While there’s a strong argument to be made that a blockbuster deal should have happened this winter, Colorado must make the best of its current situation. Expect the Rockies to be shy about trading Story until July, when rumors will pick up.

Everything finally seemed to be clicking for the 35-year-old hurler. He threw a no-hitter on May 19 and took that momentum to the hill on May 25 against the Toronto Blue Jays. But he made an early exit and after initial optimism that it would be a short-term absence, an MRI revealed Kluber will be out two months with a shoulder strain.

The news is even worse for Aaron Hicks. While the 32-year-old outfielder struggled at the plate this season (.627 OPS), he provided more value than Clint Frazier (.588 OPS) and Brett Gardner (.526 OPS). But the Yankees will be without Hicks for the remainder of the season once due to wrist surgery.

New York should get Luis Severino back on the mound in August and Taillon shows flashes of the talent to be in a playoff rotation. But the Kluber injuries, paired with other durability concerns, highlight the Yankees’ needs at the MLB trade deadline.

Just when it seemed like the Twins turned a corner, they crash right back down. Time is running out for this roster to turn things around and tough decisions might be made in the next few weeks. Minnesota would love to keep Berríos as part of its long-term core, but a trade might be in everyone’s best interest.

Berríos is entering the final year of arbitration before hitting the open market in 2023. The Twins might be comfortable signing him to a long-term deal, but it’s in his best interest to test the open market. With that becoming an increasingly likely outcome, this could be the time to trade him rather than waiting until he is just a rental.

The Yankees would be very interested in the right-handed hurler. He still boasts great stuff, with flashes of being an ace who can shut down any lineup in the postseason. Putting him behind Gerrit Cole would suddenly give New York an even more dangerous rotation for October. Expect Cashman to make a few calls to Minnesota in July.

Joey Gallo is the very definition of a three-outcome player. He walks in 19.3% of his plate appearances, has one of the highest strikeout rates in MLB (31.3%) and there are few players with his caliber of in-game power. The 27-year-old got off to a strange start this year, walking in 25.6% of his trips to the plate but hitting for little power (one extra-base hit in 82 PAs).

We’ve seen a more familiar version of the slugger is of late. In June, Gallo carries a .402 OBP and .831 OPS.. Not only would Gallo’s left-handed bat fill a void in the Yankees’ lineup, they would also love his versatility. He has experience in all three outfield spots and hasn’t been a bad defender. With the Rangers rebuilding, Gallo is an ideal target for New York.

the Yankees only have one southpaw in their rotation and Jordan Montgomery isn’t the safest bet for a playoff contender to depend on. There aren’t going to be a lot of intriguing left-handed pitchers available, but Heaney is an intriguing target.

Heaney will be a free agent this winter and it would be wise for the Los Angeles Angels to get something in return for him. While a 4.27 ERA doesn’t look great, there are underlying numbers that make him intriguing.

We’re certainly not suggesting Heaney can be a front-line starter, but very few of those become available. The southpaw does offer intriguing stuff and there’s an added benefit with half-season rentals being far more affordable in a trade. Plus, Heaney’s 3.74 xFIP and 21.6% K-BB rate in his last five starts shows he is getting better.