The New York Mets reportedly could be interested in adding an All-Star middle infielder in free agency this winter, despite having two pretty good players manning the middle already in Francisco Lindor and Jeff McNeil.

The Mets have a big winter ahead of them. While they checked off a key box on the to-do list by agreeing to a massive contract extension with closer Edwin Diaz last week, the team still has several important players who will be up for grabs on the free-agent market.

Homegrown future Hall-of-Famer Jacob deGrom will be available this winter, as well as on-base machine and centerfielder Brandon Nimmo. Plus, much of the team’s bullpen is unsigned for next season. However, while the organization will be looking to re-sign several of its players, they are also likely to pursue new talent to add for 2023.

The New York Mets have been rumored as a possible suitor for New York Yankees superstar Aaron Judge, but there is another top free agent the team might be targeting in the months ahead.

On Monday, Mets’ beat writer Michael Mayer reported that rumblings from around the team claim that the organization “really likes” Dodgers shortstop Trea Turner and could make a play for the former Washington Nationals talent in free agency.

Turner has played the last season and a half in LA after being traded there from the Nationals in 2021 He has earned All-Star honors at shortstop the last two seasons and won the MLB batting title in 2021. Mets All-Star Jeff McNeil won that honor in 2022. 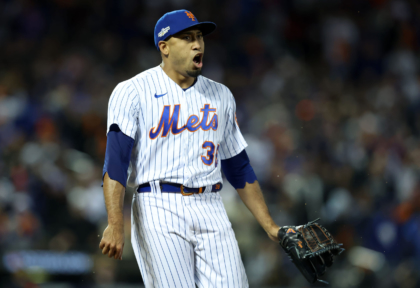 While Turner has mostly played at shortstop for much of his career, he also has an extensive resume playing at second, third, and even in the outfield. Chances are the team would move McNeil permanently to the outfield if they were to acquire the 29-year-old this winter.

Turner would be a massive add to the Mets lineup after having an impressive season with 21 home runs, 100 runs-batted-in, and 27 stolen bases.