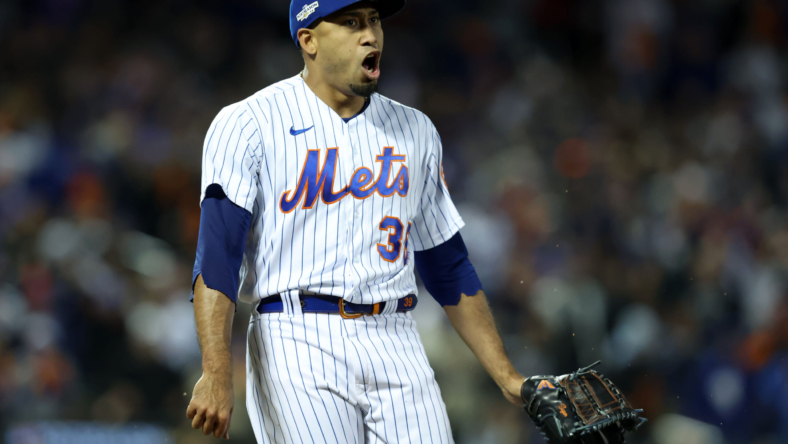 The New York Mets and All-Star closer Edwin Diaz have reportedly come to terms on a contract extension that will set a record for the position.

Diaz couldn’t have picked a better time to have a career-best season. In 2022, he was arguably the best closer in the sport as he posted many of the best numbers of his seven-year MLB tenure. In helping the Mets win over 100 games this season, he gave himself a massive amount of leverage in negotiations as he neared free agency this week.

Related: MLB standings – Who finished in first place for every division in 2022

Understanding what a huge hit it would be to the team to possibly lose Diaz, according to USA Today MLB writer Bob Nightengale, the New York Mets will pony up a record contract for a releiver to make sure the 28-year-old doesn’t hit the open market.

“The Mets are closing in on re-signing All-Star closer Edwin Diaz to a 5-year, $102 million contract. It will be the largest contract for a reliever in history.”

In a follow-up tweet, The Athletic’s senior MLB writer Ken Rosenthal added that Diaz will also receive a $12 million signing bonus in the deal.

The 2022 All-Star is set to make $20.4 million annually. That is over four million more per season than the New York Yankees gave Aroldis Chapman when they broke the reliever pay record in 2106 with a three-year, $48 million deal.

The contract extension is a key move in what will be an important offseason for the Mets. They will now have their closer back. However, ace Jacob deGrom and center fielder Brandon Nimmo will also be free agents in the coming days. 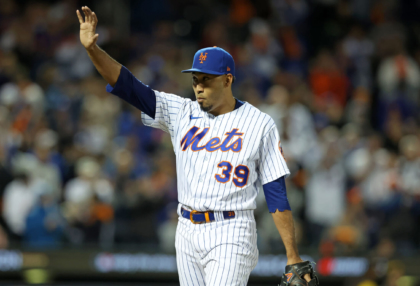 Not to mention most of the team’s bullpen will have to be rebuilt from scratch with most of the ‘pen coming off the books after this past season.