The massive deal between the New York Mets and shortstop Carlos Correa is reportedly on the brink of collapse with the team growing “very frustrated” with ongoing negotiations to make adjustments to the terms.

Correa shockingly remains on the MLB free agency market after agreements with the San Francisco Giants and New York Mets stalled at the finish line. The reason the two organizations balked at finalizing $350 million and $315 million deals, respectively, is due to concerns about the long-term health of the two-time All-Star’s ankle.

Correa had surgery on the joint during his tenure in the Houston Astros minor league and had a rod inserted to stabilize it. While he has never spent time on the disabled list because of ankle issues, both franchises saw enough in the results from his physical that agreeing to pacts for double-digit seasons became untenable.

Also Read: Carlos Correa in contact with another team with Mets agreement in limbo

Since balking at finalizing a 12-year, $315 million deal. the New York Mets and Correa’s representation have continued negotiations on a revised contract to protect both sides of the equation. While various reports have suggested a new “dramatically different” agreement is likely, that may not be the case anymore.

On Thursday, it was reported that Carlos Correa had begun listening to offers from other teams as little progress was made in new talks with the Mets. Well, it seems like both sides could be ready to move on.

On Friday, SNY MLB insider Andy Martino reported that the organization has grown “very frustrated” with the ongoing discussions and could soon bring an end to the talks.

“Over the past few days, the Mets have grown ‘very frustrated’ with Carlos Correa negotiations, in the words of one source with direct knowledge of the team’s thinking, and are now considering walking away altogether.”

– Latest on Mets and Correa talks 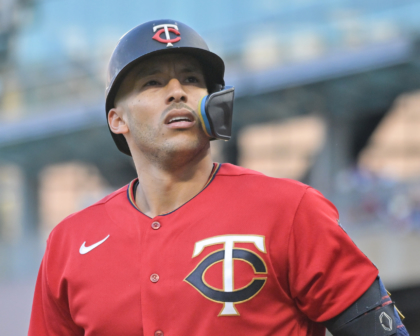 In the report, Martino mentions that the talks are “not dead” and sources still believe an agreement between the New York Mets and Correa will get down. However, this certainly doesn’t seem like a good direction to be going in and owner Steve Cohen may decide he’d rather hold on to his cash and pursue other upgrade options for 2023.