A top MLB insider expects Carlos Correa to be on the New York Mets this upcoming season, however, it will be under very different terms than they originally agreed to in December.

Carlos Correa’s 2022 journey through MLB free agency has been an odyssey. First, he agreed to a massive 13-year, $350 million pact with the San Francisco Giants. However, the organization had an issue with the results of his physical and wanted to renegotiate the terms. In that void of hesitation, the New York Mets jumped in and snatched up the shortstop for 12 years and $315 million.

However, the same problem the Giants saw in Carlos Correa’s medicals — a possible long-term issue with the health of his right ankle — the Mets did as well, and they too put a pause on finalizing their deal. There has been radio silence on Correa’s future since then. But it does seem like the two-time All-Star and New York prefer each other than scrapping the deal entirely.

On Tuesday, The Athletic’s MLB insider Ken Rosenthal spoke on the situation and his belief, based on what he knows about negotiations and the sides involved, that a deal will get done. However, it won’t be what was originally agreed to

“I do expect it gets resolved. I don’t know how exactly. That’s a complex situation, and insurance is in the equation as well. If, for example, the Mets cannot insure that part of his leg, that might be an issue as well. We expect the Mets to get this done at some point. We expect it to be a dramatically different deal. It’s not going to be 12 years, $315 million guaranteed.”

How a New York Mets and Carlos Correa deal gets done

When speaking on the ongoing discussions between the Mets and Carlos Correa’s agent Scott Boras, Rosenthal explained that New York has the majority of the leverage in the negotiations. However, it is a fine line they must walk to avoid agreeing to a long-term pact with a player who begrudgingly signed the deal.

“Well one problem here, at least for Correa and his agent Scott Boras, is that the Mets really have all the leverage. If you look at the situation, two times he has been flagged for the same problem with his physical. It would be extremely difficult for him to go back into the open market and say ‘OK let’s go, 10 years, $300 million, who’s in?’ That’s not happening most likely, because I can’t imagine that other teams are going to look at this much differently.

“… Yes the Mets have all the leverage, but you also want a happy player. You don’t want to start off a relationship, especially a long-term relationship, with a player with a certain degree of contentiousness.” 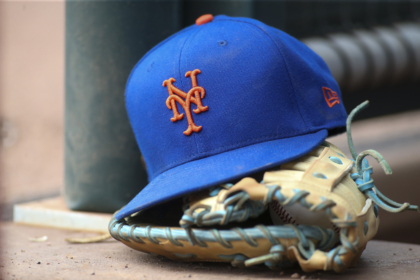 One idea the MLB insider suggested was having an exclusion clause in a potential deal. Such a clause would protect the New York Mets if an injury did occur to the area the organization is concerned about. While that wouldn’t be preferrable for Correa and Boras, because it would lower the deal’s value, it is something Boras has negotiated in a deal with other clients like JD Martinez and Ivan Rodriguez.