A top MLB insider is claiming that Carlos Correa “badly” wants his deal with the New York Mets to go through and that no other teams are in the running to land his services for 2023.

It has been a wild few weeks for two-time All-Star Carlos Correa. Earlier this month, it seemed as if the San Francisco Giants were able to land the second-best everyday player in MLB free agency, when they agreed to a 13-year, $350 million contract with the Minnesota Twins star. However, the situation shifted in an expected direction soon after.

Right before the team was set to introduce the newest roster addition to their fan base, reports claimed the organization had reservations about the deal following a physical. With the agreement in limbo, the New York Mets swooped in and finalized the previously built structure of a 12-year, $315 million contract. Yet, days later they too balked at certain results from the 2021 Gold Glovers physical.

It has been radio silence since then when it comes to the New York Mets and Carlos Correa. However, on Thursday, New York Post MLB insider Jon Heyman broke down why a deal is still likely to happen. And an interesting piece of evidence comes from the Correa side of the equation.

“Correa badly wants this deal to happen. When his agent Scott Boras told him about the deal with the Mets, Boras recalled that Correa was so excited he tackled him in the San Francisco hotel room where they’d learned several hours earlier that the Giants weren’t ready to move forward with their $350 million, 13-year agreement.”

Another key revelation from Heyman that further points to Correa and the Mets eventually coming to terms on a reimagined deal is the fact they seem to be the only team he wants to be with. “A few teams have been calling, but even a week after the Mets agreement, they are being told it’s only a Mets game,” Heyman wrote. 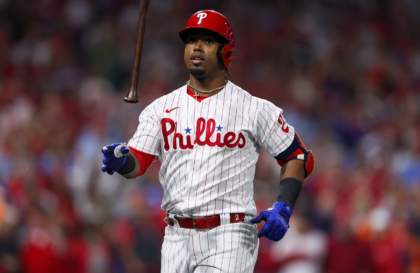 The Giants not at all being an option despite their willingness to offer more money originally says a lot. It seems the ability to play with a close friend in Francisco Lindor, and on a serious World Series contender has made the Mets the only worthwhile option right now for Carlos Correa.