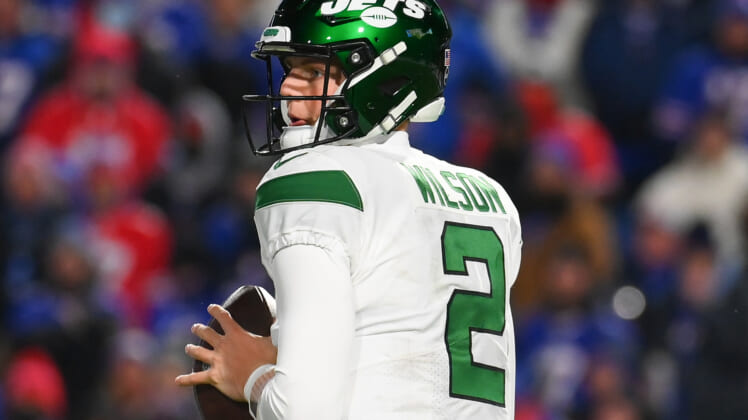 The New York Jets went into the 2022 NFL offseason hoping to make a splash, putting a better team around quarterback Zach Wilson before his second year. As the 2022 NFL Draft approaches, the results thus far in New York are largely viewed as underwhelming.

For many, there is still a real lack of impact talent on both sides of the ball. It comes a year after New York’s biggest splash on the offensive side was wide receiver Corey Davis, who finished with just 492 receiving yards in the first season of a three-year, $37.5 million contract.

As part of The Athletic’s offseason review with NFL executives, the takeaways on New York’s offseason were mixed. Factoring in players the Jets missed out on, one executive was blunt about what is happening to the current regime.

“What I heard on the Jets is, they were in on a ton of guys and got nobody. They don’t have a selling point to players right now. People don’t know what to think of Zach Wilson, players don’t necessarily covet playing in that market, and guys who have choices tend to wind up elsewhere. They are in this weird purgatory.”

NFL executive on New York Jets offseason, via Mike Sando of The Athletic

Some of that criticism might feel unfair considering New York added Tomlinson, Uzomah, Conklin, cornerback D.J. Reed and safety Jordan Whitehead this offseason. However, it’s not the first time someone within the NFL pointed to the Jets’ issues in the offseason. 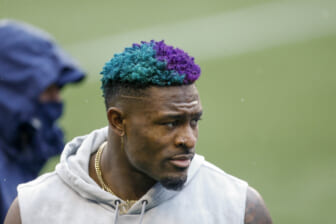 Before free agency, an NFL agent made it clear that New York would need to overpay to land talent and admitted agents primarily want the Jets interested in their players to use for leverage.

Keep in mind, this organization pushed hard for a Tyreek Hill trade and he turned them down to play for the Miami Dolphins.

For years, many thought that free-agent talent would see joining the Jets as an opportunity to market themselves. It’s no longer a consideration because the team has regularly finished near the bottom of the NFL standings.

The perception of Wilson could change in 2022. If the Jets land one of the best receivers in the 2022 draft class, it will go a long way towards helping him improve. More familiarity with LaFleur’s scheme and a better offensive line would also benefit the young quarterback.

If he doesn’t take a huge leap forward, the Jets might be in a Sam Darnold situation all over again and general manager Joe Douglas likely doesn’t survive that. The 2022 season will be pivotal for the Jets with the jobs of many in the organization on the line.