The New York Giants and Philadelphia Eagles will take their NFC East rivalry to the next level on Saturday night when the teams face off with a birth in the conference championship on the line.

Giants vs. Eagles will be the third game this season between the two teams. Both were won by the squad from Philly. In the first, quarterback Jalen Hurts and the rushing attack dominated in a 48-22 victory in New York. In the rematch, the Giants rested many of their starters in anticipation of the NFL Playoffs but actually put up a solid fight in a 22-16 loss earlier this month.

However, the third time around stands to be a very different outing with the New York Giants feeling very confident, and the Eagles’ top player a little banged up heading into his second playoff start.

You can find live highlights from this NFC Divisional Playoff clash below. But before that, let’s provide some quick stats and analysis for each team ahead of their matchup at Lincoln Financial Field, in Pennsylvania.

Giants vs Eagles Divisional Round highlights

Below you will find highlights and analysis of the key plays and moments from the Giants vs. Eagles Divisional Round playoff game.

Later on that opening drive, Hurts hit tight end Dallas Goedert out on the flat with the pass-catcher turning it up the field for a 16-yard touchdown to give the heavily-favored Eagles an early 7-0 lead.

Having racked up 16 sacks in his first regular season as a member of the Eagles, Haason Reddick was up to his old tricks after Philadelphia’s game-opening touchdown. That included two consecutive sacks of Daniel Jones to end the Giants’ first drive. The last of these two sacks came on fourt down, giving Philadelphia the ball with a 7-0 lead.

As heavy favorites heading into this one, Philadelphia took control early. That included another Jalen Hurts touchdown. This time, it went to the aforementioned DeVonta Smith.

If this weren’t enough, Philadelphia continued its dominating way via an interception from Pro Bowl cornerback James Bradberry on the Giants’ next possession.

This game couldn’t have started out in a more unfortunate manner for the underdog Giants. After yet another empty possession for New York, Philadelphia took over at its own 37-yard line. Within less than five minutes, backup running back Boston Scott scored from three yards out to give the Eagles a 21-0 lead. Just utter domination on the part of the No. 1 seed.

The Philadelphia Eagles were in a league of their own Saturday night against New York. After taking a 21-0 lead, Hurts drove Philadelphia down the field 72 yards on 14 plays, culminating in the quarterback scoring from five yards out.

The New York Giants finally got on the board midway through the third quarter via an eight-yard touchdown run from Matt Breida fia a direct snap from Saquon Barkley.

This came after Barkley broke loose on a 40-yard run earlier in the possession, setting New York up inside Philadelphia end of the field.

It was not enough to pull off a comeback. But at least, the Giants are not going to be shutout here.

Up 28-7 in the fourth quarter, Philadelphia took nearly eight minutes off the clock on a 15-play, 70-yard drive that resulted in a 30-yard field goal by Jake Elliott.

With the game out of control late in the fourth quarter, Eagles running back Kenneth Gainwell broke loose for a 35-yard touchdown run to give the Eagles a 38-7.

One of the big narratives heading into this matchup is the play and health of the teams’ starting QBs, Daniel Jones and Jalen Hurts.

For much of the 2022-2023 season, Hurts was phenomenal in helping to lead his team to the best record in the conference. However, what was a legitimate MVP-type campaign had some bumps in the road in the final four weeks.

The 24-year-old had his worst game of the season in a hard-fought win against the Bears in December and also suffered a shoulder injury that knocked him out for the following two weeks. Upon his return in the season finale, the signal-caller still did not look right. Many of his fellow starters did sit for much of that game, nevertheless, there are some concerns if Hurts is 100% heading into their playoff debut. 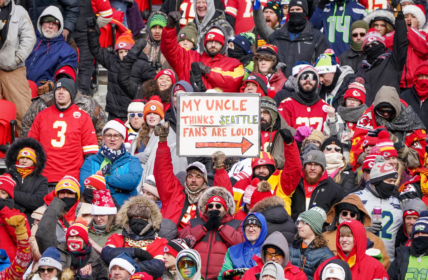 On the flip side, Jones was super-solid this season as his legs became a major weapon for offensive coordinator Mike Kafka. However, over the last few weeks, he took some major leaps forward in his development and reliability. He helped guide the team to a massive win on the road in Washington. Was a force in a close loss to the Vikings in Week 16, and was highly effective in a playoff-clinching victory over the Colts the week after.

Jones was even better in their Wild Card rematch against the Vikings last week as he posted 379 total yards and two TDs in an impressive win. While Jalen Hurts is certainly the better player, Daniel Jones has all the momentum heading into the game.

Beyond the QBs, both teams have running backs representing the Pro Bowl for 2022-2023 — Saquon Barkley and Miles Sanders — and several talented players on defense. However, as units, the Eagles are far ahead on offense and defense. Check out where the two teams rank on our latest NFL Playoff offense rankings and NFL Playoff defense rankings.

Plus, find out where Brian Daboll and Nick Sirianni rank among the head coaches left in the postseason