The New York Giants and Philadelphia Eagles are set to face off in a rubber match this weekend that will send a representative from the NFC East into the 2023 conference championship game.

While the Eagles enjoyed all the NFL Wild Card Weekend action from the comfort of their homes this past weekend on a bye, the Giants were embroiled in a highly competitive Wild Card rematch with the Minnesota Vikings on Sunday.

Despite being an underdog and having suffered a heartbreaking loss to the Vikes in Week 16, the Giants stunned the NFC North champions in the opening round of this year’s playoffs.

Quarterback Daniel Jones starred in what was without a shadow of a doubt the best game of his career. As he was able to beat the Minnesota defense through the air (301 yards, two touchdowns), and with his legs (78 yards). However, Jones and the Giants’ offense will face a very different animal in the NFC Divisional Round against the Philadelphia Eagles’ elite defensive unit.

While the Eagles will be big favorites, after beating the G-Men twice this season, they will get a New York squad feeling very confident and believing they can channel the energies of other legendary Giants teams that shocked the NFL world in the playoffs.

With that in mind, here are four bold predictions for the Divisional Round matchup between the New York Giants and Philadelphia Eagles.

Daniel Jones is playing as well as he ever has over the last few weeks. He is showing a mix of confidence, poise, savvy, and guts. In two of the last three games, he has thrown for more than 300 yards and racked up five touchdowns, to just one interception. However, there is no denying those strong performances came in favorable matchups against the Vikings and Colts.

The Philadelphia Eagles are going to be a far stiffer test this weekend. The team already held Jones to 169 passing yards in their first matchup, which is ten yards below their league-leading average of 179.8 that they gave up to opposing passing attacks this season. Not to mention they lead the league in sacks this season with 68 — or just over four per game. 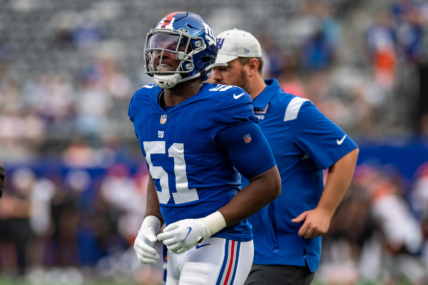 While Jones is at a career high-point at the moment, he is not an elite QB, nor does he have a crop of talented targets to toss the ball to. The Eagles’ defense will once again reveal that fact in their playoff matchup.

Saquon Barkley is a Pro Bowler in 2022-2023 and is viewed throughout the league as one of the top-backs this season. However, he has shockingly not surpassed the century mark on the ground since November 13. This a stunning stat for a player that has certainly been key in helping the New York Giants reach the playoffs. Sooner or later that skid must end. 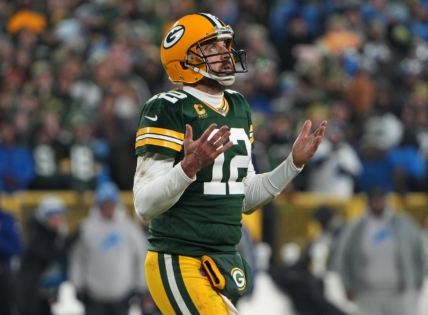 As good as the Eagles are against the pass, they can be gotten to on the ground. In their three losses this season, no player rushed for over 100 yards. But in all of those games, a combo of men was able to be a dual-threat pain in the neck for Philly. Barkley has a wingman in Jones that is sure to pound away and rack up yards on their upcoming opponents.

However, look for Barkley to elevate his game when it is needed most, as the Eagles keep the Giants receivers quiet. Barkley will rush for more than 100 yards this weekend.

Jalen Hurts is too gifted an athlete not to have a game where he terrorizes the New York Giants with his legs. However, that won’t be the case threw the air this time around.

In both Eagles-Giants games this season Hurts did not have to deal with New York’s two top defensive backs, Xavier McKinney and Adoree’ Jackson. Both were back against Minnesota and made their presence felt by helping to limit Kirk Cousins, and quiet superstar receiver Justin Jefferson. 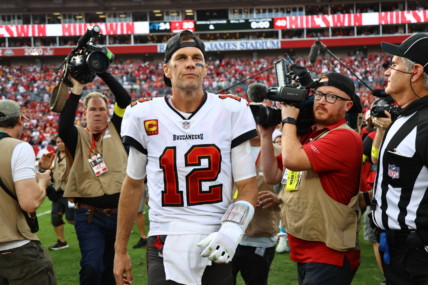 Also Read:
Tampa Bay Buccaneers players would be ‘surprised if Tom Brady is back’ in 2023

While the Eagles’ offense is phenomenal, they should be very worried that this group led by coordinator Wink Martindale was able to shut down the best wide receiver in the sport.

Look for them to use their improved pass coverage and developing pass rush to force Hurts into a couple of surprise interceptions this weekend.

For all the success the Giants will have against the Eagles’ passing game, that won’t be the case when it comes to stopping the run. Running back Miles Sanders and Jalen Hurts absolutely scorched them in November to the tune of 221 yards and three touchdowns.

While the Giants’ front seven has shown some growth in recent weeks, this is the playoffs. The time when big players make an impact and weaknesses are exposed. The New York Giants were in the bottom six in stopping the run this season and gave up over 100 yards to a single player four times. That Achilles heel will show itself again in the Divisional Round.

The Giants will be far more competitive in this matchup than the first two and it will be a close game after three quarters. However, New York is a team on the rise that is still acquiring the pieces to become a serious contender. The Eagles are a team of the now and loaded. Eagles 24, Giants 17