The first half of the New York Giants 2022 season has gone better than anyone could have imagined. Under first-year coach Brian Daboll, the franchise will come outs of its bye week with a 6-2 record and in the thick of the playoff race.

The entire team deserves credit for the team’s turnover this season as players have made clutch plays in all three phases of the game. Barring a second-half collapse, New York will make the playoffs for the first time since 2016.

Of course, a ton can happen over the final nine games of the season. But several Giants have stood out over the first half of the season and deserved to be acknowledged for their efforts.

Here are the midseason awards for Big Blue.

There’s no way New York would be in the position they’re in if not for Barkley. He has played like an All-Pro since Week 1 when he was named NFC Offensive Player of the Week after rushing for 164 yards on 18 carries with a touchdown, and caught six passes for 30 yards, and scored the game-winning two-point conversion on a shovel pass.

With New York’s passing game struggling, there have been times when Barkley has carried the team on his shoulders. His 779 rushing yards are the second most in the league, and his poised to have 2,000 all-purpose yards this season.

Lawrence has proven that general manager Joe Schoen made the right decision in giving Lawrence his fifth-year option. The massive defensive lineman already has tied his career sack total for a season with four and has 28 tackles on the season.

With Leonard Williams missing three games due to injury, New York has needed Lawrence to be a disruptive force on the defensive line, and he has delivered by having the best season of his career.

Many believed that 2022 would be Jones’s final season in New York. But the way the 25-year-old quarterback is playing, that might not be the case.

In his first three seasons, Jones was a turnover machine. But he’s surprisingly put his turnover woes behind him as he only has two interceptions on the season. Not only has he done a better job of ball security, he’s also making good decisions and playing smart situational football.

Related: 3 reasons why the New York Giants’ success is sustainable

His 65% completion percentage is the highest of his career and he’s doing this without a top-tier wide receiver. In the Giants’ Week 7 victory over the Jacksonville Jaguars, he became the first Giant to throw for over 200 yards and rush for over 100 yards. Due to this, he was named NFC Offensive Player of the Week.

It doesn’t matter if he’s on defense or on special teams, Julian Love is a playmaker. He has the Giants’ lone interception on the season, and he leads the team in tackles with 58 to go along with a forced fumble and fumble recovery.

Love is in the final year of his contract, and there are reports that the Giants are starting contract negotiations with one of their most versatile players. Love has proven that he’s one of the team’s most reliable and dependable players.

Although his sack total (1) isn’t what he wished for, since making his debut in Week 3 after spraining his MCL in the preseason, Thibodeaux seems to be improving with each game. 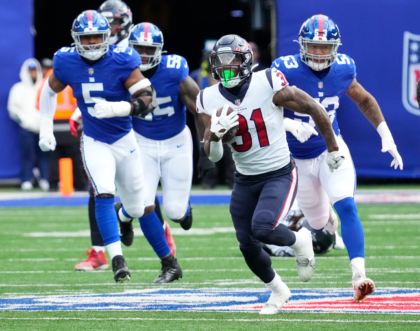 His strip sack on Lamar Jackson sealed New York’s 24-20 win over the Baltimore Ravens in Week 6, and he showed tremendous hustle and effort when he chased down Travis Etienne Jr after his 49-yard run in Week 7. Expect Thibodeaux to make a bigger impact in the second half of the season.

Coming into the season, the organization was hopeful that Daboll and offensive coordinator Mike Kafka could revitalize Golladay’s career after a disappointing 2021 season.

But this season has been more disappointing than the previous one as Golladay has just two receptions for 22 yards in the four games he’s appeared in. Even when Golladay has played, he’s been unable to create separation, and is a shell of the player that he was when he was with the Detroit Lions.

New York has the 30th-ranked passing offense in the NFL, and since the team did not trade for a receiver before the trade deadline, they’re going to have to hope somehow Golladay can make an impact when he returns.

New York’s second half of the season will begin on Sunday, November 13th at MetLife Stadium against the (1-6-1) Houston Texans.