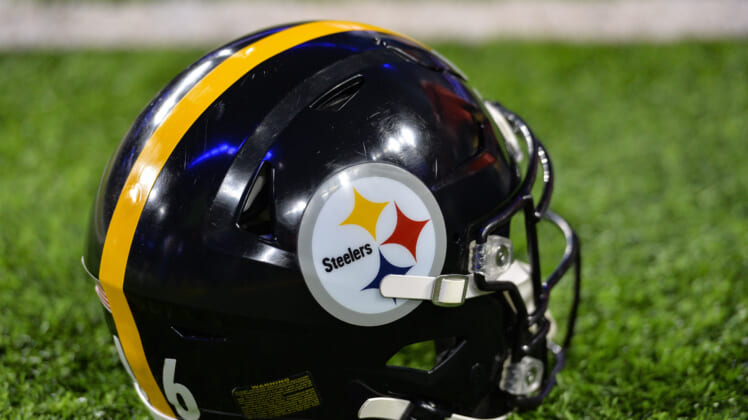 Once the Pittsburgh Steelers beat everyone else to the punch, signing Mitch Trubisky a two-year contract in free agency, some assumed he would become the immediate heir apparent to Ben Roethlisberger following his retirement.

After all, the smoke around Trubisky was building for months prior to the 2017 No. 2 pick becoming a free agent. Some speculated that Trubisky would essentially be handed a starting gig thanks to so many teams having interest in improving at the QB position over the offseason.

The biggest question everyone wanted to know shortly after he signed was how much the Steelers were willing to pay their new quarterback acquisition since the dollar amount helps reflect how they perceive Trubisky.

Once the contract details came out a short time later, it immediately became obvious that the Steelers weren’t done adding to their quarterback room this offseason.

Another thought at the time of Trubisky’s signing was that maybe the Steelers offered some sort of agreement that he’d be the starter come training camp, as in, maybe that’s how they got him to sign on the dotted line, when other team may have been willing to offer more. One potential option was the New York Giants who hired Brian Daboll from the Buffalo Bills, Trubisky’s team last season.

Trubisky’s reasoning for picking the Steelers in the first place was due to wanting a stronger opportunity to get back on the field as a starter.

According to ESPN’s Jeremy Fowler, the Steelers made Trubisky aware of the fact they were fascinated with Kenny Pickett before coming to terms on a contract agreement.

“But I was told that he even knew that Kenny Pickett was a strong possibility going into this,” Fowler said on ESPN. “If he was there at number 20, they might take him. He was prepared for this.”

Fowler added more about the mindset of coach Mike Tomlin, which could have helped Trubisky choose the Steelers, knowing he’d at least get a chance to win the starting quarterback role.

“Well, I’m told they plan to play no favorites. And then Mike Tomlin’s words are sincere because if there’s any anywhere in the NFL that is truly merit based about competition, it’s the Steelers,” Fowler continued. “Mike’s talent is known for this famous line among players in the building when it comes to competition, ‘two dogs, one bone.’ He says it all time. Said it for years. Now you got three dogs, one bone. They got to fight for it. Now, Mitchell Trubisky has six plus million dollars on the books this year. He is likely to be the favorite. He’ll get his chances, plenty of reps.”

In a competition that’s expected to be between Trubisky, Pickett and Mason Rudolph, it would appear the Steelers will have their fair share of choices should their chosen starter falter early on. This should be a much better scenario than hoping Big Ben can stay healthy for a full season as they’ve banked on as of late.