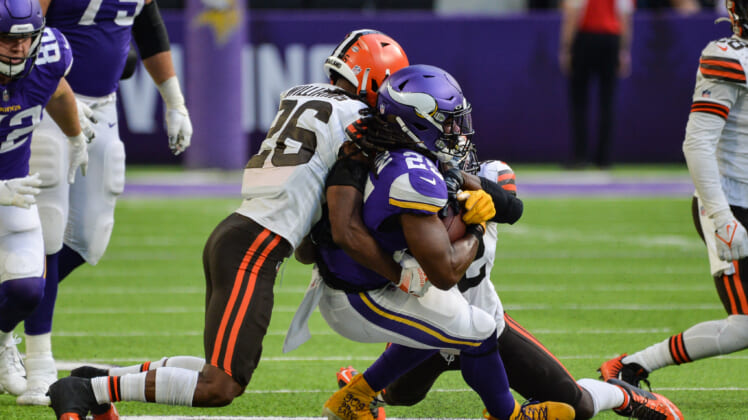 The Minnesota Vikings started the second half against the Baltimore Ravens with a bang on Sunday. Making his second career kick return in the NFL, rookie running back Kene Nwangwu returned a kickoff from Justin Tucker for 98 yards to go up 24-10 against John Harbaugh’s Ravens.

For the Vikings, it was their first kickoff return for a touchdown since November 20, 2016. Nwangwu is active for just his second career game today after being selected in the fourth round in the 2021 NFL Draft.

Longtime returner Ameer Abdullah was released a few weeks ago, making room for Nwangwu to make an impact once he returned from a knee injury suffered in the preseason. Abdullah has since signed with the Carolina Panthers.

It’s safe to say, the rookie out of Iowa State will be making more kick returns for Minnesota after that score.