Mick Schumacher likely out of Formula 1 starting in 2023

Mick Schumacher will likely be out of Formula 1 starting in 2023 as rumors of Nico Hulkenberg to Haas continue to increase. 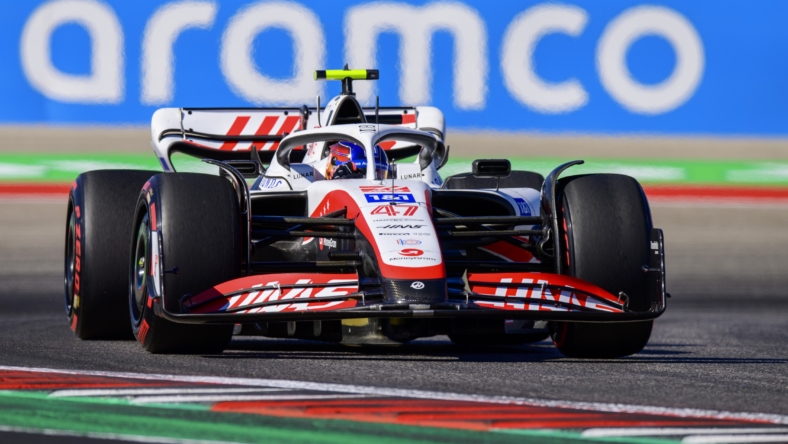 Mick Schumacher is very likely to see himself out of a full-time seat on the Formula 1 grid as reports of Nico Hulkenburg joining Haas for the 2023 season continue to grow each day with an announcement expected soon.

According to Hulkenberg, he is “relatively optimistic” about his chances to join Haas on a full-time basis starting in 2023. Plus, another report from Bernie Ecclestone, former chief executive of Formula 1, stated that he doesn’t think Schumacher will return.

The writing is on the wall for Hulkenberg to replace Schumacher at Haas to join Kevin Magnussen as a teammate. However, the future for the son of legend Michael Schumacher is very murky as this remains the expectation moving forward.

Mick Schumacher likely out of Formula 1 in 2023, talks about Williams and Audi persist

Despite the door for Schumacher and Williams not being closed for the 2023 season, it will take a disastrous race for Logan Sargeant and Abu Dhabi to miss out on his seat in Formula 1 next year.

Sargeant needs to have the correct amount of super license points if he wants to make his Formula 1 debut next year. It should be expected that the young American will reach it next week but nothing is certain.

Schumacher would likely be on a short list of drivers that Williams team principal Jost Capito considers for the 2023 season. However, as stated above, it is likely that Sargeant acquires enough points.

As for Audi, it would make sense for the German manufacturer to want a German driver; however, Schumacher’s possibility of joining the manufacturer would not happen until their first season in Formula 1, which comes in 2026. 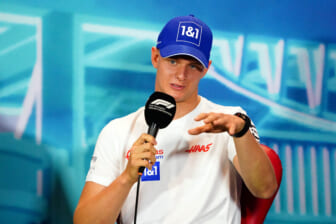 But, if Schumacher is out of the sport for three seasons, it is pretty unlikely he would be considered for a ride. Perhaps, Audi could have an influence on Alfa Romeo’s lineup in 2024 before they replace Sauber.

If so, Schumacher could be with the team before Audi even comes into the sport. This would be an ideal scenario for the 23-year-old drier if Haas decides to go forward with Hulkenberg as expected.

The likelihood of Schumacher retaining a seat on the Formula 1 grid in 2023 remains low. Maybe, a similar route to Daniel Ricciardo could help keep him in the sport as the Australian looks to become a reserve driver for a team such as Mercedes.

There will be more clarity on Schumacher’s Formula 1 future when Haas announces their lineup for the 2023 season. As of now, the only thing Schumacher can do is wait and perform at a higher level.