The Miami Heat face off against the Boston Celtics for their most important game of the season yet. Here is what Miami needs to accomplish to beat Boston. 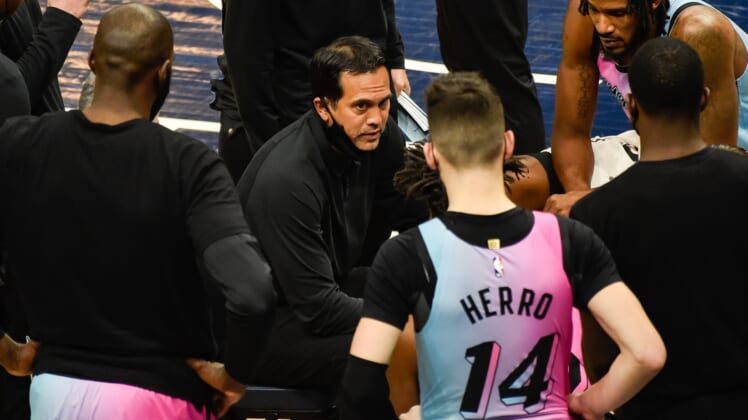 The Miami Heat have two of their most important games of the season, facing the Boston Celtics Sunday afternoon and Tuesday night. Holding a one-game lead over the Celtics for the sixth seed, the playoff picture could swing dramatically in the next 72 hours.

Boston is coming off a 22-point loss to the Chicago Bulls, while Miami turned around its luck with its first victory against the Minnesota Timberwolves since 2017.

Facing their biggest challenge yet as they look to gain ground on the New York Knicks, while fending off the Celtics, here’s what the Heat must accomplish to win the first matchup of a two-game mini-series. 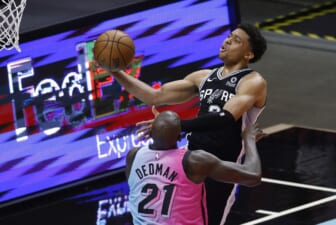 Tyler Herro must keep turning up the heat

Tyler Herro missed the previous six games before returning from his foot injury. Even though some players would be slow coming out of the gate, Herro promptly dropped 27 points, three rebounds, and four assists in 29 minutes.

Herro has been really good against the Celtics in his career. In last year’s NBA Playoffs, the 21-year-old guard averaged 19.2 points, 6.3 rebounds, and 4.8 assists in six games against the team.

The only game the Heat and Celtics played wasn’t as good for him. Herro only totaled eight points, seven rebounds, and one assist in 34 minutes of game action. Granted, this performance was very early in the season.

We dove into Miami’s guard dilemma. But if Herro keeps scoring 20-plus points a night, there won’t need to be a decision with the young guard making that call for the Heat.

Goran Dragic has been up-and-down this season, but his production over the last five games has shown flashes of his former self. Dragic has scored 18-plus points off the bench in four of the last five contests and shouldn’t slow down anytime soon.

The Heat need Dragic to be on the top of his game if they want to compete down the stretch. The 35-year-old guard is the leader of Miami’s bench and if he isn’t producing, the load is on Herro to take command of the unit.

Many were out on Dragic, but his performance lately has turned heads and showed that he could be somewhat similar to his play in the NBA Playoffs during the 2020 season.

Dragic will have his work cut out for him Sunday with other guards such as Kemba Walker and Marcus Smart, but he will be up to the challenge and hopefully lead Miami’s bench to the kind of performance it had against Minnesota.

The Miami Heat’s most important goal needs to be winning the fourth quarter. Boston ranks tied for third in the NBA during the last week in points allowed in the fourth quarter, while Miami ranks 28th. The difference is huge and very notable for an important game like this one.

Whichever team wins the fourth quarter will most likely win the game. It will either come down to the Heat’s potent offense or the Celtics shut-down defense. The Heat have struggled prior to this last stretch of games in the fourth quarter but have started to turn it around.

Sunday afternoon’s contest will be very important when it comes to the standings. It will be the first of two games that will most likely decide who the seventh seed will be as we end the regular season next week. Both teams will need to bring their best to avoid the play-in tournament as the rivalry between the two teams may spark again.