The Yankees and Mets have taken entirely different approaches towards the offseason, and one of them is reaping the benefits of bold moves. 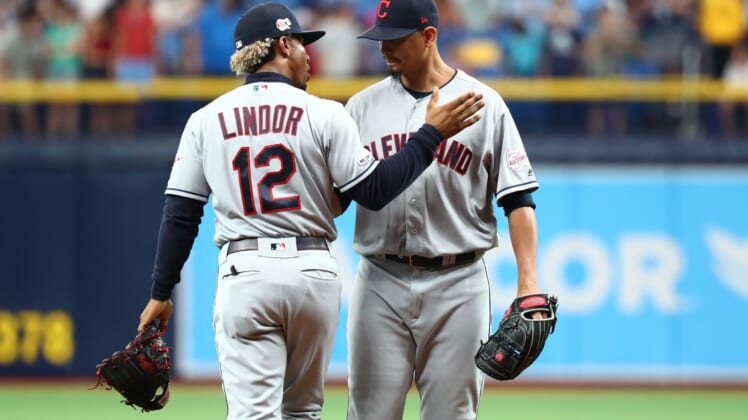 They don’t play in the same division. They don’t even share the same league. However, it is inevitable to compare the New York Yankees’ offseason with what the New York Mets are doing since hedge fund millionaire Steve Cohen took over.

After all, both teams share one city, which happens to be one of the most passionate baseball towns in America.

Since Steve Cohen was approved as the owner, the Mets went to work and signed their starting catcher (James McCann to a four-year, $40 million deal) a top-notch reliever in Trevor May, and traded for shortstop Francisco Lindor and starter Carlos Carrasco.

For the Pinstripes, their current approach towards the free agent market is probably part of a bigger landscape, one that considers luxury tax and payroll for the next few seasons.

The Mets, meanwhile, are taking advantage of their available resources. They have money to spend, and they are using it already by pouncing on a big trade opportunity. They dealt with a team that had little-to-no leverage, and acquired an All-Star shortstop and an excellent starter without giving up any of their top prospects. In the process, they made quite the statement. Their message to the Yankees and MLB at large: “We are here, and we mean business.”

Additionally, the Mets are reportedly having conversations with the Chicago Cubs about third baseman/outfielder Kris Bryant and are still considered the front-runners for free agent center fielder George Springer.

The Yankees? They lost James Paxton, J.A. Happ, and Masahiro Tanaka to free agency, yet they haven’t made any major moves to replace them. They saw Tommy Kahnle sign with the Los Angeles Dodgers, and so far, they have only inked Adam Warren on a low-risk move.

For the New York Yankees, there is still time, but don’t expect any major signings. They made the big investment last year, when they acquired the ace that they needed so badly, in Gerrit Cole. They do need to address the rotation.

The New York Yankees have work to do

Jordan Montgomery, Deivi Garcia, Domingo German and Clarke Schmidt join Cole as the starters, with Luis Severino sliding as the number two starter when he’s healthy in June or July. That’s the current state of the rotation. Clearly, one or two additional arms are needed if the Yankees don’t want to rush Schmidt or give starts to Mike King (career 7.22 ERA) or Nestor Cortes (career 6.72 ERA,) just to name a couple.

The Bombers also need some relievers to take the burden off Aroldis Chapman, Zack Britton, and Chad Green. It’s time for general manager Brian Cashman to roll up his sleeves and make some upgrades in short order.

The Mets? They now have Jacob deGrom, who is probably the best hurler in baseball. They have Carlos Carrasco and Marcus Stroman, two very good starters that can be solid, mid-rotation stalwarts. They have impressive rookie David Peterson, and in June or July, they will have co-ace Noah Syndergaard. Add Seth Lugo (Mets’ president Sandy Alderson indicated on Thursday that the team still doesn’t know if he will be a starter or a reliever) and Steven Matz to the group and you have depth and quality.

The Mets look stacked, and want a larger share of the Apple

The Yankees will probably be OK in the long run. Their rotation will be competitive because they will, sooner or later, make a few additions, whether they come this year or next. Their offense remains one of the truly elite units in Major League Baseball.

One can’t help but be amazed at how fast the Mets closed the gap between the two organizations, though, at least in terms of current talent level.

It would appear that the Mets want to get out of the Yankees’ shadow. And if Thursday was any indication, they are more than ready to fight for a larger share of the Big Apple.