It's clear the New York Yankees need bullpen help this offseason. Which specific relievers should they target to help close out games in 2021? 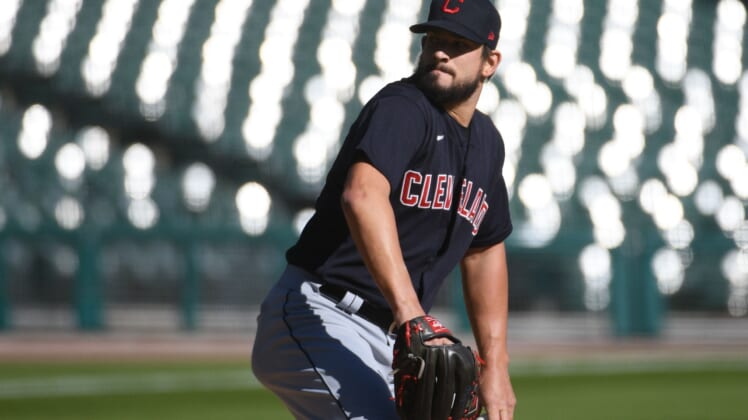 Now that the Los Angeles Dodgers signed Blake Treinen to a two-year, $17.5 million contract with an $8 million club option for 2023, other relievers will likely start flying off the MLB free agent market. The New York Yankees should be looking for bullpen help because, as we’ve covered before, it’s high up on their offseason priorities list.

The Yanks recently added old friend Adam Warren, but that isn’t enough. They only have three trustworthy relievers on the roster: Aroldis Chapman, Zack Britton, and Chad Green. The rest of the bullpen is filled with uncertainty.

Given that New York apparently doesn’t want to spend too much this offseason, the club must seek out potential bargains. Here are five relievers they should be looking at, of varying price ranges:

5 relievers who make sense for the New York Yankees

Kirby Yates: The highest-upside option for the Yankees

Already on the wrong side of 30 (he is 33 years old) and with a worrisome elbow injury that required season-ending surgery in August, Yates’ stock has suffered and is not the same as in 2019, when he was fresh off throwing 60.2 frames of a 1.19 ERA and a 3.4 fWAR (Fangraphs’ version of Wins Above Replacement).

The surgery, however, was to remove bone chips from his right elbow, and he will enter Spring Training with a clean bill of health. According to Kevin Acee of the San Diego Union-Tribune, Yates is looking for an incentive-laden one-year deal worth around $5 million.

If that report is true, the most likely scenario is that Yates’ market value will dip at least a little. For the Yankees, it could be a modest investment in exchange for, potentially, one of the most dominant relievers in the game. Yes, he had a 12.46 ERA in 2020, but he was hurt. In 2019, he had an absurd 14.98 punchouts per nine innings (K/9,) and was also excellent in 2017 and 2018.

Archie Bradley: A reliable and consistent reliever the Yankees should consider

Since becoming a full-time reliever in 2017, Bradley has alternated good seasons with great ones while playing for Arizona and Cincinnati. As the Reds enter into cost-cutting mode, they surprisingly decided not to pay Bradley’s reasonable, projected salary in arbitration (between $4.3 million and $5.7 million) and non-tendered the talented reliever.

If he were to sign a contract around that kind of money, Bradley would be the Yankees’ fourth-highest paid reliever. It’s a more than manageable gamble for a guy that hasn’t had a 4.00 ERA or FIP (Fielding Independent Pitching) season as a reliever.

Brad Hand: The best lefty available for the Yanks

Of the relievers listed here, Hand would be the most expensive option for the Yankees. He is arguably the best left-handed reliever available. However, chances are that he will cost less than $10 million per season, since no team claimed his contract once the Cleveland Baseball Team placed him on outright waivers.

He had a meltdown in Game 2 of the Wild Card series against the Yanks, but one bad appearance won’t erase his overall body of work. Several teams are circling him, including the Los Angeles Dodgers and the Chicago White Sox. If the Bombers want to bring an elite southpaw for their bullpen, Hand is the man.

Justin Wilson: An old friend of the Yankees

If the Yankees want some certainty, they could bring Justin Wilson, a familiar face that already knows how to pitch in the Bronx. The lefty dominated out of the Yankees’ bullpen in 2015, posting a 3.10 ERA and a 2.69 FIP in 61.0 innings.

He has a 3.27 ERA and a 3.34 FIP in his career, with almost 10 strikeouts per every nine frames. He is experienced, he is talented, and he can get both lefties and righties out.

In 2019, Wilson pitched well for the Mets (3.66 ERA, 3.04 FIP in 19.2 innings). Even at 33 years old, he remains a reliable reliever that shouldn’t cost more than $5 million per season and probably won’t require a long, multi-year commitment.

McGee, a 34-year-old left-hander, had six very good years in Tampa to start his career. However, everything went south when he joined the Colorado Rockies in 2016. He pitched poorly in three out of four seasons there but joined the Dodgers just a few days before the start of the shortened 2020 campaign. And what a performance he had.

Of course, we are talking about only 20.1 innings, but wow. Although the Yanks have Britton and Chapman, it wouldn’t hurt to add McGee, who shouldn’t be too expensive despite his big year.