This New York Yankees offseason is critical. Here's what fans should have on their wish list for the Bronx Bombers as they try to get over the hump in 2021. 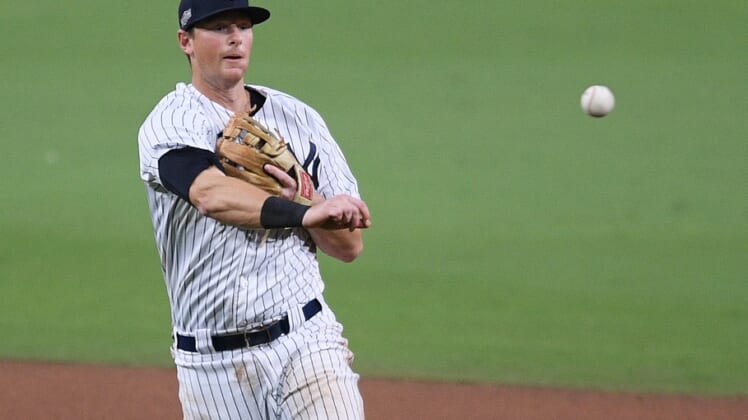 As we approach the start of spring training in the new year (if COVID-19 allows for it, of course) people are still worried that the New York Yankees haven’t made many moves.

The club still hasn’t been able to re-sign DJ LeMahieu or improve the rotation and bullpen. What should the Pinstripes’ other offseason priorities be? Let’s take a closer look at their most pressing needs for 2021.

Priority No. 1: Quality starting pitchers via free agency or trade

They say they can’t stand each other. It’s unclear if it’s actually true, but as rumor has it, Trevor Bauer and Gerrit Cole have some beef dating back to their days in UCLA. The former has adamantly denied those claims, but that’s to be expected, as his market would be affected if he eliminated the Yankees as a potential landing spot.

But even if it is true, the Pinstripes sure wish they could sign Bauer, the reigning National League Cy Young Award winner. Should they not have the resources to pull off a deal — they do, but they don’t appear too inclined to spend some money this offseason after last year’s commitment to Cole — they surely want to add him to a rotation that could badly use some star-power besides his former Bruins teammate.

However, given the latest reports on him (he is, according to Jon Heyman, seeking a $200 million payday) the Yankees don’t appear too optimistic.

That’s not too much to ask, is it? Putting together a reliable, trustworthy, and deep bullpen is definitely on the Yankees’ Christmas wish list. Not so long ago, the Bombers could afford to pick from the likes of David Robertson, Dellin Betances, Jonathan Holder, Adam Ottavino, Zack Britton, Tommy Kahnle, Aroldis Chapman, and Chad Green in high-leverage situations.

Robertson and Betances are long gone, Holder was non-tendered just a couple of weeks ago, Kahnle is rehabbing from Tommy John surgery, and Ottavino is a shell of his former self.

The lack of depth in the Yankees’ bullpen was evident in the playoff series against the Tampa Bay Rays this year. Only Green, Britton, and Chapman were capable of getting the big outs, and a contending team can’t have only three reliable guys in the back of the bullpen.

Yankees fans are surely asking for some quality relievers, and for good reason.

The return of DJ LeMahieu

While DJ LeMahieu shouldn’t be the Yankees’ top offseason priority like general manager Brian Cashman has repeatedly said, there is no doubt that he is one of the most talented players at his position.

LeMahieu has led the Yankees in fWAR (Fangraphs’ version of Wins Above Replacement) in the two seasons he has been in New York. The numbers say that the infielder has been the Bombers’ most valuable player in 2019 and 2020.

“Re-signing DJ LeMahieu” is high in the Yankees’ offseason wish list because with him, life is way easier. He makes hitting look simple, even if he doesn’t take too many walks and is getting up there in age.

Right now, the Yankees want him to take a four-year deal while he desires a five-year deal. Both sides should eventually sort things out, but time is ticking and Cashman has made it clear that he doesn’t plan on addressing other needs before knowing if the team will be able to field LeMahieu at his regular second base spot in 2021.

It’s not the most pressing offseason priority for the Yankees, yet Cashman has said that adding a left-handed bat would be nice. “I I can find a way to balance out and incorporate some left-handed, quality bats to balance this out, I think that’s optimal,” he said on MLB Network Radio on SiriusXM’s The Front Office with hosts Jim Duquette and Jim Bowden in late-December.

Most of the Yankees’ sluggers and most productive hitters, such as Aaron Judge, Giancarlo Stanton, Luke Voit, Gleyber Torres, Gary Sanchez, Gio Urshela, and Clint Frazier, are right-handed.

It’s not higher in the list of priorities because the Yankees had a .715 OPS vs. left-handed pitchers in 2020 and an .811 mark vs. righties. Nevertheless, having a more versatile lineup couldn’t hurt.