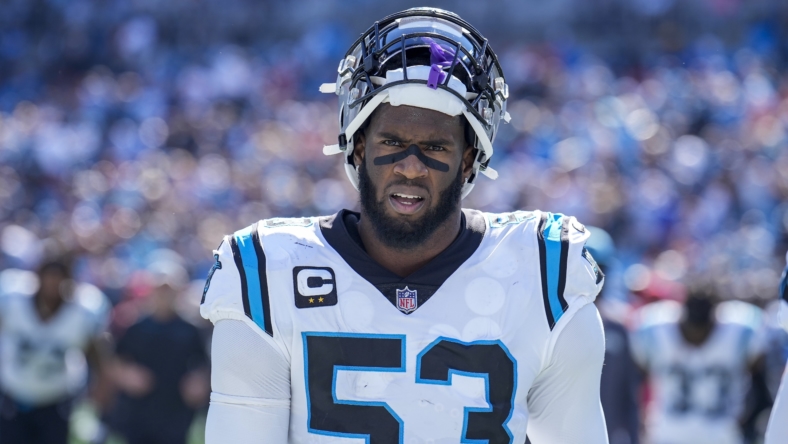 The Los Angeles Rams and the NFL trading deadline are far from strangers. We’ve seen general manager Les Snead go all out in an effort to build a championship-caliber roster in recent seasons by acquiring Pro Bowl players such as Matthew Stafford, Von Miller, and Jalen Ramsey, to name a few.

So this year, when the trade deadline was approaching, it only made sense for the Rams to once again move forward with their “F them picks” strategy. Especially considering the team fell below .500 with their latest loss yet still has aspirations of defending their Super Bowl trophy in the postseason.

But instead of swinging one more monumental trade, the Rams stood pat at the deadline, even holding onto running back Cam Akers, who at one point almost seemed like a lock to be moved.

Yet, like many other teams at the deadline, the end result of the Rams not making a trade isn’t due to a lack of effort.

Related: 2023 NFL trade deadline could be pushed back with multiple teams reportedly interested

According to ESPN’s Adam Schefter, the Rams tried to get involved in the Christian McCaffrey sweepstakes before the All-Pro running back landed with their division rival San Francisco 49ers instead.

The Rams didn’t have this year’s fourth-round pick to offer, but they did try to include Akers. While we don’t know what the specific issue with Akers and the Rams was, it’s possible the Panthers simply preferred to get a better look at their existing tailbacks on the roster, with Chuba Hubbard and D’Onta Foreman getting a bigger share.

While landing CMC would have been a significant coup, it’s not the only massive offer the Rams presented to the Panthers.

They also tried to trade two first-round picks plus a second-round selection for 24-year-old edge rusher Brian Burns, who didn’t get traded at the deadline. Perhaps what complicated this presentation was the fact that the Rams don’t have their 2023 first-round pick either from the Matt Stafford trade. It’s possible the Panthers didn’t want to wait until 2024 for this trade to bear fruit, preferring to keep their talented sack artist instead.

Ultimately this leaves the Rams on the outside looking in. If the roster needs to be improved, it will have to come from within the organization, such as Akers coming back to the team. Or maybe a player such as Odell Beckham Jr. signs up for another season.