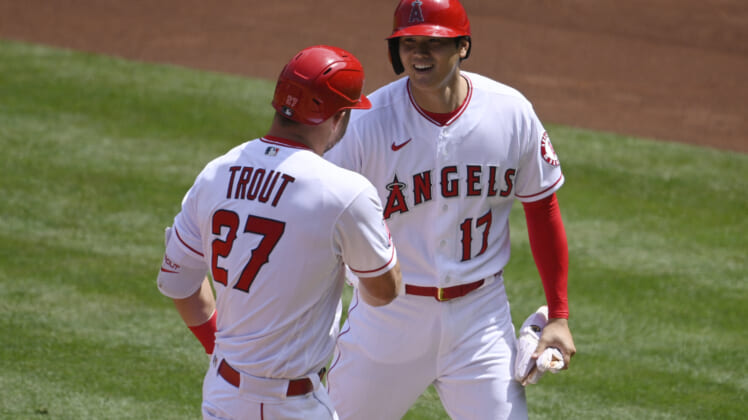 The yearly tradition of pondering what went wrong or what’s next for the Los Angeles Angels after missing the playoffs has been renewed. Los Angeles recently wrapped up its sixth consecutive losing season, finishing 77-85, good for fourth place in the American League West.

What should the Angels do this offseason? Frankly, there’s not a lot to do. The bulk of the answers for how to fill the holes on manager Joe Maddon’s roster are in-house. The clock is ticking on the pieces jelling at once and the Angels becoming a contender for the AL pennant.

Here’s why the Angels have to make the playoffs in 2022.

Los Angeles Angels’ offense is supposed to be elite

The following players are on the Angels’ 2022 payroll: Mike Trout, Anthony Rendon, Shohei Ohtani, Jared Walsh, Justin Upton and David Fletcher. These individuals alone make for one of the elite offenses in MLB from a mere talent standpoint.

Trout is one of the five-best position players in the sport. Rendon is a line drive-hitting machine. Ohtani is the likely 2021 AL MVP. Walsh slugs at a high level. Upton is a veteran power threat. Fletcher has been a contact machine in the past. All the while, former top prospects Jo Adell and Brandon Marsh were with the big-league team in 2021.

The issue? Injuries and a slow start to the show for touted young outfielders. Trout, Rendon and Ohtani have been collectively ravaged by injuries in recent memory. Trout and Rendon, who make roughly $76 million in combined salary next season, played in a combined 94 games in 2021.

Ohtani missed extensive time across his first two MLB seasons. Adell has struggled to get on base in his two seasons with the Angels. Marsh had his moments but had an overall yawning debut season.

There’s a combination of elite hitters and fielders, esteemed veterans and young bats with the upside to be offensive pillars in the Angels’ depth chart. Some type of set back has taken place every year, which hinders this unit from playing up to its billing.

Although the bats have come up short of expectations over the last few seasons, starting pitching has ultimately been the aspect of the Angels that has held them back. Ironically, that unit had a few bright spots this past season.

Ohtani struck out hitters and kept runners off the basepaths at a high rate while pitching with efficiency in the 23 starts he made. When healthy, Alex Cobb was a sturdy force for the Angels, posting a 3.76 ERA across 18 starts. Patrick Sandoval and Jose Suarez, a pair of struggling young starters in years past, had encouraging seasons to the point where they’re likely in the 2022 rotation. The two hurlers each posted ERAs below four.

Meanwhile, top pitching prospect Reid Detmers made his big-league debut, getting his first crack at MLB hitting. It’s feasible to expect the left-hander to improve next season. Sure, Dylan Bundy was hit hard and unable to replicate his high-level 2020 campaign while Griffin Canning regressed. At the end of the day, though, the pros outweigh the cons for the Angels’ rotation. 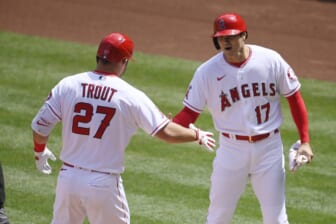 They have a rotation core to be enthused by, and one that can only improve. With all that said, the Angels couldn’t take advantage of the developments on their pitching staff.

One of the themes with this franchise since its last playoff appearance (2014) is that when something goes right something else seems to simultaneously go wrong. In 2021 the offense took an immense step back while the rotation made strides and Ohtani had a storybook, two-way season.

Talent-wise, one could argue that the Angels have one of the 10 best rosters in MLB. There are few teams that can say when healthy they have three of the 10 best hitters in the sport (Trout, Rendon and Ohtani), accompanied by top position player prospects and budding starting pitchers. That’s the point, though: injuries and inconsistency have plagued the Angels.

Los Angeles gave out mega deals to Trout and Rendon and will likely do the same for Ohtani in the near future. While some of their moves to bolster the rotation had little impact, there were young starters progressing to make up for the shortcoming.

The AL West is a highly competitive division, one that makes any team earn the division title. At the moment, the Houston Astros are in the midst of the AL playoffs while the Seattle Mariners nearly cracked the playoffs with 90 wins and the Oakland Athletics continually pose a playoff threat. The Angels have their work cut out for them, but it’s work that’s supposed to be achievable with players performing to their career tendencies.

The offense has to live up to the star power and upside it possesses, and the rotation has to build on its 2021 campaign. It’s the first time in a while that there’s merit behind putting a playoff mandate on the Angels, but it’s reliant on them getting the production they signed up for.

If the Angels can’t put it all together next season, it’s difficult to envision them ever doing as such.