The Detroit Lions and quarterback Matthew Stafford are reportedly parting ways, setting the stage for a fascinating subplot to the NFL offseason. 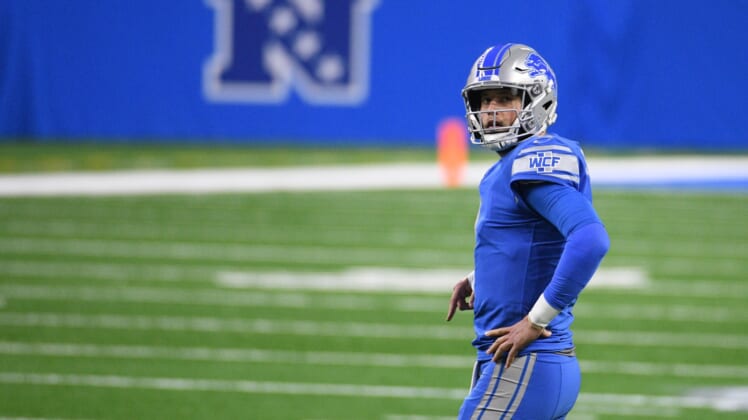 The Detroit Lions selected quarterback Matthew Stafford No. 1 overall in the 2009 NFL Draft, and now, reports are surfacing that the signal-caller’s long tenure under center with the franchise is coming to an end.

Under the new regime of general manager Brad Holmes and coach Dan Campbell, Detroit will soon reportedly seek out trade partners who are interested in Stafford’s services.

If anyone really deserves a fresh start, it’s Stafford. He’s been through several different coaches and systems during his time in a Lions jersey, and he can hardly be blamed for not wanting to stick around for yet another organizational overhaul.

Although Stafford lacks a signature victory in his otherwise prolific career, he should be among the most coveted quarterbacks available this offseason.

For nine of the last 10 seasons, Stafford has suited up and started all 16 regular-season games for Detroit, only missing eight games in 2019 due to major injury. That’s not the only impressive line on Stafford’s resume, however.

In attempting to overcome perpetual Lions dysfunction, Stafford did what he could in throwing for 45,109 yards, 282 touchdowns and 144 interceptions across 165 starts. The 32-year-old also orchestrated 38 game-winning drives and 31 fourth-quarter comebacks, yet he still wound up with a 74-90-1 record.

Any team that wants to contend and has the cap room to spare should definitely consider acquiring Stafford. One destination that comes to mind is the New England Patriots, where Stafford could play under a legendary coach in Bill Belichick and a savvy offensive coordinator in Josh McDaniels.

The winning culture in New England may be exactly what Stafford needs at this juncture of his career. Another option could well be the Washington Football Team, who doesn’t have a clear quarterback plan in 2021, yet won the NFC East with several different starters at the most important position thanks to an excellent defense. Washington’s culture is also improving under head coach Ron Rivera, which could appeal to Stafford.

Finally, perhaps the team that makes the most sense in terms of having a winning roster and cap space is the Indianapolis Colts. That’s a team where Stafford could really upgrade the quarterback position after Philip Rivers’ retirement and potentially carry the Colts to an AFC South title.

Due to be an unrestricted free agent in 2023, it’d be worth it for some team to take a flier on Stafford even for the next season or two. There are outs built into his contract wherein the cost to release him wouldn’t be prohibitive if he doesn’t live up to expectations.

But Stafford is bound to thrive somewhere outside of Detroit. It’s widely acknowledged he’s too talented a player to have only made three postseason appearances. Look for him to seek out trade partners who are built to contend for the playoffs.

As for the Lions’ side of things, with the No. 7 overall pick in the 2021 NFL Draft, they may be in the market to either trade up for a new QB of the future, or stand pat and select whichever quarterback prospect is left.