LeBron James tweets “I will NOT miss the postseason again” 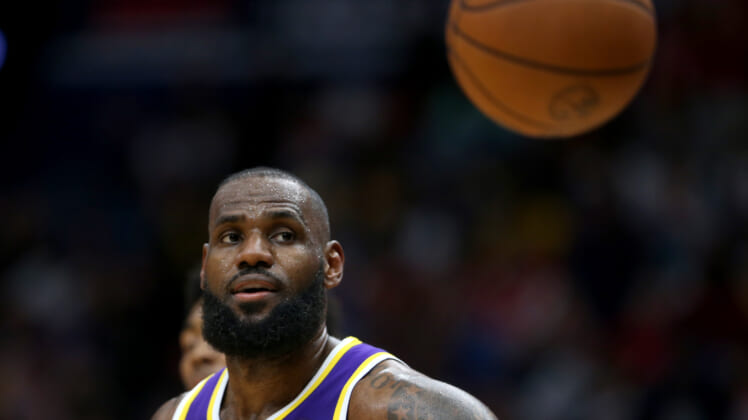 There’s no denying LeBron James is one of the most accomplished basketball players of all-time, many would even argue that he deserves consideration to be the GOAT. He’s certainly a popular figure, and he continues to grow his net worth by having the highest-selling NBA jersey even when his Los Angeles Lakers miss the playoffs as they did this past season.

For James, missing a chance to advance to the postseason is a rare sight. King James has helped lead his squad to the playoffs in 15 of his 19 seasons in the NBA, which is some insane efficiency. For a while, players sought out opportunities just to join whichever roster LBJ was a part of, due to having a much higher chance at reaching the NBA Finals, which his teams have won four times.

Now, disappointed that he has to watch the NBA Playoffs from his couch, James is making a resolution for him to never have to do this again, as long as he’s an active NBA player.

It’s great to have lofty goals, it’s even better when you can experience the boost from actually accomplishing them.

For James, reaching the postseason with the Lakers, or another team next season won’t come easily.

First, they need to find a new head coach, which, a chance to lead one of the most prestigious franchises in basketball history should intrigue several reputable suitors.

Once they lock in their coach, they need to determine whether a core built around Anthony Davis and James is enough to become a top-10 seed in the Western Conference. Unfortunately, we didn’t get a strong sample size of their performance together in 2021-22, having played just 22 games together.

Still, James hasn’t lost it. He remains one of the best players in the league, even at age 37. He won’t suddenly fall off a cliff this offseason, James will continue being an all-around scoring force wherever he plays.

As always, the Lakers roster will look drastically different at the start of the 2022-23 season as they currently have just eight players under contract. Basically, it’s too early to determine LeBron’s chances of making good on his latest promise, but you can bet he’ll be busy recruiting this offseason once the free agency period gets underway.

One day, we might even see LeBron James’ son play with his father on the same team, but that won’t happen until 2024 at the earliest. Either way, James is calling it now, they won’t miss the playoffs.