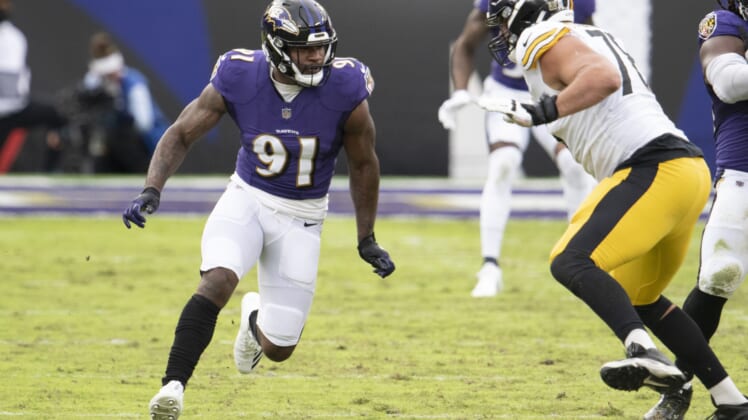 Jon Gruden and the Las Vegas Raiders have finally found their elite-level pass rusher after years of miserable performances in that category.

Gruden has been looking for a Pro Bowl-caliber edge rusher since shockingly trading Khalil Mack ahead of the 2018 season. He now has one in former Jacksonville Jaguars Pro Bowler Yannick Ngakoue.

According to ESPN’s Adam Schefter, the Raiders have signed Ngakoue to a two-year $26 million contract. It’s an absolutely massive move for a Raiders team that yielded nearly 30 points per game in 2020.

From 2016-19 with the Jacksonville Jaguars, Ngakoue recorded a combined 85 quarterback hits, 42 tackles for loss and 37.5 sacks. He was among the best all-around pass rushers in the NFL during that span.

This past season was a bit of a different story. After being acquired by the Minnesota Vikings ahead of Week 1, he never really seemed to be a fit in Mike Zimmer’s scheme. After just six games in Minnesota, Ngakoue was dealt to the Baltimore Ravens. All said, he registered 11 quarterback hits and eight sacks between the two teams.

Ngakoue will now reunite with former Jaguars head coach Gus Bradley, who was just recently hired to be the Las Vegas Raiders defensive coordinator. The former Maryland standout started his career with Bradley in Duval, recording eight sacks as a rookie.

He should take over central pass-rush duties with Bradley leading the charge in Las Vegas. It’s no small thing for the Raiders after they put up a disastrous 21 sacks in 2020. That includes former first-round bust Clelin Ferrell registering all of two quarterback take downs.

After making a bunch of moves to save salary, the Las Vegas Raiders entered Monday’s NFL free agent tampering period with north of $40 million to spend under the salary cap — the sixth-highest figure in the league. Using some of that on a player with a nice amount of upside who has proven his worth can’t be seen as a bad thing.

This is a Raiders team that not only finished with the second-fewest sacks in 2020, they yielded 29.9 points per game and a 95.3 quarterback rating.

While Gruden and Co. are nowhere near done, this could be a big first step in rebuilding one of the league’s worst defense and returning the Raiders to relevance.

Click below for more Las Vegas Raiders news and rumors.