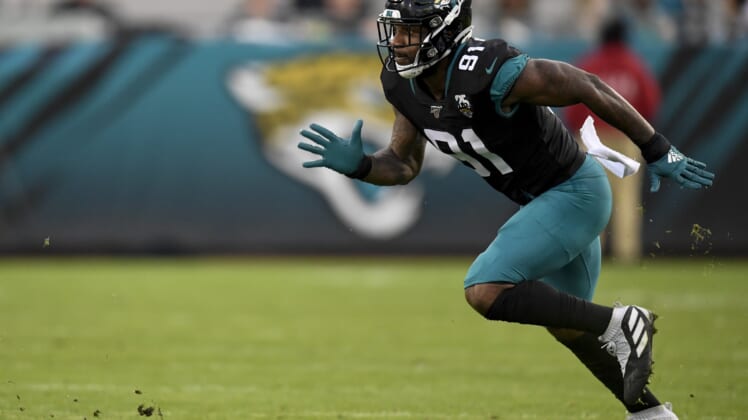 Minnesota Vikings head coach Mike Zimmer noted earlier this offseason that he wanted to get younger on the defensive side of the ball.

That started with the acquisition of cornerback Jeff Gladney in the first round of the 2020 NFL Draft. Minnesota has now gotten much more talented and younger on defense following the news of a blockbuster trade for a stud Pro Bowl pass rusher.

According to ESPN’s Adam Schefter, Minnesota sent a second-round pick and a fifth-round pick to Jacksonville for the Pro Bowl defensive end.

This is an absolutely massive move in an NFC North that will again see Minnesota vie with the Green Bay Packers for the division crown. It also has the Vikings as a legit Super Bowl contender heading into the 2020 season. Here’s why.

Picks up the Vikings’ secondary in a big way

One player can drastically alter the landscape of a season for a team. Minnesota was set to rely on a solid youngster in that of Ifeadi Odenigbo opposite Hunter. He’ll now be the team’s third option. Moving Odenigbo to a pass-rush specific role after a seven-sack 2019 campaign is now small thing.

Equally as important the Vikings now boast one of the league’s best pass-rush tandem. In an NFL has has become increasingly pass-rush heavy, that puts the team in a great position moving forward. This should have Minnesota at least competing with Green Bay in the NFC North with its eyes on the larger prize in that of the conference title.