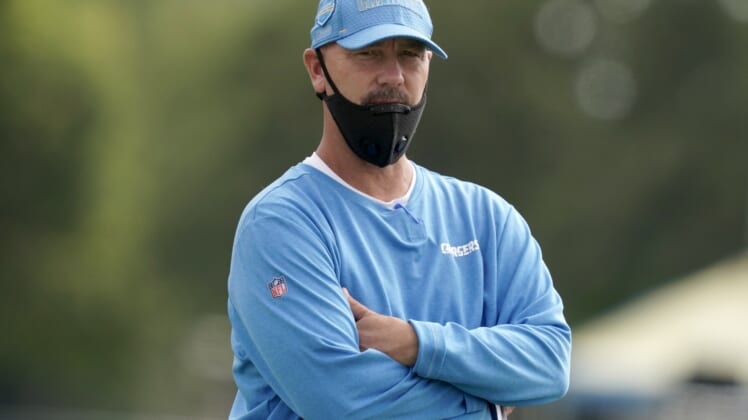 Since the end of their disappointing 8-8 season, Las Vegas Raiders rumors have primarily surrounded who the team will find to replace recently-fired defensive coordinator Paul Guenther.

The normal names have come up such as Dan Quinn, Wade Phillips and Gus Bradley. We now have more information on the Raiders’ next defensive coordinator under head coach Jon Gruden. It can’t be considered too much of a surprise.

The minute Bradley became available after Los Angeles Chargers head coach Anthony Lynn was fired following the 2020 season, he was linked to the Raiders’ vacancy.

To an extent, this makes perfect sense. Bradley, 54, has a ton of experience as a defensive play-caller. That includes stints as the Seahawks’ defensive coordinator (2009-12) and with the Chargers (2017-20). He also served as the primary defensive play-caller for the Jacksonville Jaguars as their head coach from 2013-16.

To say that the results have been mixed would be an understatement.

Raiders hire Gus Bradley: How defenses have performed under the coordinator

The good news? Gus Bradley led three top-10 defenses in his final three seasons with the Chargers before being hired by the division-rival Raiders. The bad news? He has also led five bottom-10 defenses during his career. As noted above, it is really a mixed bag.

NFL insiders will like this move in that it gives the offensive-minded Gruden an experienced man on the other side of the ball. Last season saw Las Vegas finish 25th in total defense and 30th in points allowed under Guenther.

It must be noted that Bradley’s previous experience included a stint as Gruden’s linebackers coach with the Tampa Bay Buccaneers from 2006-08. He led the dynamic duo of Hall of Famer Derrick Brooks and the underrated Shelton Quarles during that span. This built-in relationship could help.

With that said, a lot of the onus is going to be on the Raiders’ player personnel department to improve this defense. Bradley won’t have a lot of proven talent to work with once he starts his career in Las Vegas. That’s going to be up to Gruden and general manager Mike Mayock.