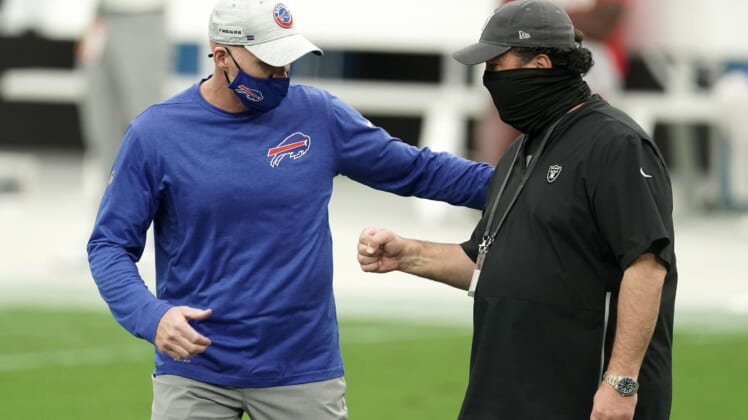 We’re getting some pretty big Las Vegas Raiders news mere hours after their defense was torn to shreds in a 44-27 loss to the Indianapolis Colts. It might not be enough to save what has quickly become a disappointing season in the desert metropolis. But it’s a start.

The Raiders announced Sunday evening that they have fired defensive coordinator Paul Guenther after less than three full seasons in that role.

Given the outward frustration head coach Jon Gruden has shown with this unit, it can’t be a surprise that he has opted to move on from the 49-year-old Guenther.

In addition to yielding 44 points on Sunday, the Raiders’ defense gave up a whopping 456 total yards of offense. That included 212 yards on the ground. By virtue of this loss and brutal defensive performance, Las Vegas is now 7-6 on the season and on the outside looking in when it comes to the AFC Playoff race.

It’s not like the Raiders’ defense was performing well leading up to Sunday’s disastrous outing against the Colts. Here’s a unit that ranked in the bottom five of the NFL in points allowed heading into Week 14. Issues with tackling were about as obvious as it gets on tape.

All said, the Raiders’ defense under Guenther just has not been up to snuff since Gruden brought him on ahead of the 2018 season. Just look at their scoring defense rankings under him.

Derek Carr might get a lot of the blame for these Raiders not being relevant on the broader NFL stage over the past few years. That’s fine. He’s a quarterback. He will get the accolades when things are going well and receive the blame when they aren’t.

Even then, the combination of player personnel issues and coaching have dogged the Raiders’ defense since Gruden returned to the organization. It’s hard to blame the offense when it ranks in the top-11 of the NFL in scoring and 12th in total yards.

With Guenther now out of a job, former Detroit Lions head coach Rod Marinelli will take over as interim defensive coordinator. He manned that role in Dallas from 2014-19.