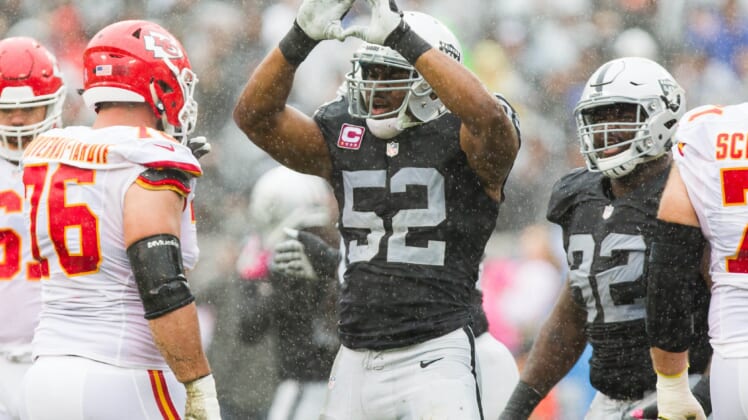 When news broke Saturday morning that the Chicago Bears have an agreement in place with the Oakland Raiders for Khalil Mack, it sent shockwaves throughout the league.

According to ESPN, the two sides are still working on a deal, but it is fully expected to go through.

The Raiders have allegedly been seeking two first-round picks in exchange for Mack, though it remains to be seen if that’s what they’ll get from Chicago in this deal. What we do know for certain about the trade is that it has caused a cataclysmic shift in Super Bowl odds.

From the ESPN report: “There was also a ripple effect in Las Vegas. The Bears have gone from 100-1 to 40-1 to win the Super Bowl, while the Raiders dropped from 20-1 to 40-1, according to Westgate Las Vegas SuperBook manager Jeff Sherman.”

That Oakland would see its odds drop is not surprising whatsoever. Mack is one of the premier players at any position the NFL has to offer, and it’s hard to imagine the Raiders will somehow be better this year without him.

On the flip side, it’s pretty stunning to see just how much this trade is seen to benefit the Bears.

This is a team with a second-year quarterback who hasn’t exactly impressed this summer. It is also a team that’s being led by a rookie head coach, and even with Mack in the fold it’s hard to imagine the Bears will be better than the Minnesota Vikings and Green Bay Packers in the NFC North.

It’s going to be fascinating to see how this trade really impacts both teams in the long run.