The Las Vegas Raiders had a tumultuous 2022 season that ultimately ended inside Allegiant Stadium against one of their rivals, the Kansas City Chiefs a couple weeks ago.

Although the team had high expectations heading into the year with the addition of players such as wide receiver Davante Adams and defensive end Chandler Jones, Las Vegas finished in third place of the AFC West with a record of just 6-11.

This is the first full Raiders offseason for general manager Dave Ziegler and head coach Josh McDaniels. The entire staff will be important for years to come, especially with the decision to move on from quarterback Derek Carr. The team has reportedly been in talks with other teams to move the nine-year signal caller and three-time Pro Bowler.

There are so many options and variations on how this offseason will go for the Silver and Black as rumors have mulled about possible quarterbacks coming to Las Vegas. That includes a player who has won seven Super Bowls alone. 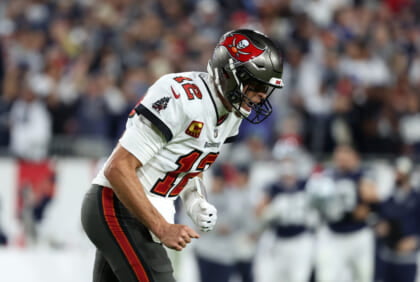 In addition to the offense, the defense is one thing that is in question as the Raiders ranked near the bottom in a number of categories during the regular season.

That will be the challenge for defensive coordinator Patrick Graham and his staff as the only consistent aspect of the defense for the entirety of the season was the play from defensive end Maxx Crosby, who recorded new season-highs with 89 tackles and 12.5 sacks.

Graham, Ziegler, McDaniels and the Raiders are in the middle of preparing for the NFL Combine at the end of next month and the NFL Draft three months out. But they got some good news on the pre-draft front.

Related: Why Lamar Jackson is a pipe-dream QB option for Las Vegas Raiders

As much as the Raiders and the other 31 teams are scouting players and having staff meetings, Graham will have an edge as he will be on the sidelines in one of the final moments to watch players ahead of the combine.

On Wednesday, the Senior Bowl announced the coaches from teams selecting in the top spot and the No. 7 spot to lead both squads ahead of the matchup on Feb. 4, 2023.

With the Chicago Bears owning the top spot in the upcoming draft and the Raiders having the seventh selection, Graham will serve as the head coach of the National team and Bears offensive coordinator Luke Getsy will lead the American team.

“It is a true honor to be selected as head coach of the National Team for the Senior Bowl,” Graham said on Jan 18.  “I look forward to meeting and working with these talented young players and getting to know them on an individual and collective basis during Senior Bowl festivities.”

Over the last four NFL drafts, dating back to 2019, 87.2% of players who participated in the Senior Bowl were selected in the NFL Draft. 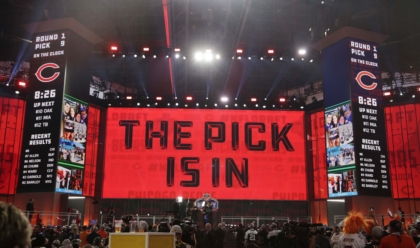 This opportunity gives Graham a prime chance to see what it will take to improve the Raiders defense, not only for the team’s first round pick, but also with their other picks during the entire seven-round event.

One of the top defenders coming to Mobile for the Senior Bowl practices and the game is linebacker Henry To’o To’o from Alabama. To’o To’o, who will be making the three-hour trip from his Tuscaloosa campus, led the Crimson Tide with 113 tackles and received All-SEC Second-Team honors last season.

Being able to be the head coach of watching the next generation of NFL players will provide big benefits for Graham and Raiders as the draft inches closer and closer.

Graham will get to see the players on the practice field for the first of three practices on Jan. 31 before the Senior Bowl Game takes place on Feb. 4 at 11:30 a.m. PT.