The Chicago Bears have the No. 1 pick in the 2023 NFL Draft. It provides them with an opportunity to change their franchise completely, either trading down with a quarterback-desperate team or even considering the possibility of a Justin Fields trade.

No matter what path Chicago chooses, its rebuild of the roster begins now. The 2022 NFL season represented a teardown for the new front office and coaching staff, while this spring is the first step toward building a future perennial contender for the NFC North.

As we dive into our first Bears mock draft, the focus is on building the best team possible. The 2023 NFL Draft only plays a part in that, with more than $100 million in cap space also playing an important role in shaping this team’s future.

Heading into the 2023 offseason, prior to NFL free agency, here are the Chicago Bears draft needs.

Here is a list of the Chicago Bears’ draft picks in the 2023 NFL Draft.

Chicago Bears mock draft: Trading down from No. 1

Sportsnaut uses Pro Football Focus’ NFL Draft simulator, which provides the flexibility to trade and work through a variety of scenarios. Let’s dive into our Bears mock draft.

There are certainly arguments to be made for keeping the first pick and trading Justin Fields. Among them, Fields will be entering the third year of his rookie contract and that is less valuable to a rebuilding franchise than a potential franchise-caliber talent like Bryce Young in the first year of his rookie contract. However, Fields showed star-caliber flashes in 2022 and Chicago needs pieces to start building around him right now.

Jalen Carter is arguably the best player in the 2023 NFL Draft. This is a 6-foot-3, 310 lb. defensive linemen who dominated every year as an interior pass rusher. He packs incredible strength into his frame, using it to move blockers wherever he wants them. Carter is also a good athlete for his size, making him nearly impossible for anyone but All-Pro offensive lineman to block for four quarters.

He will instantly become the best player on Chicago’s defense, transforming its ability to create pressure without needing to blitz. Carter is a building block for a team and should be the No. 1 pick for any team that already has its franchise quarterback.

One criticism general manager Ryan Poles certainly deserves from this past year is his failure to adequately strengthen Chicago’s receiving corps. He reached for Velus Jones Jr. (107 yards in 12 games) in the 2022 NFL Draft, selecting him 71st overall, and overpaid for Chase Claypool (140 yards in seven games). The Bears can’t make the same mistake again.

Fields needs an offensive weapon who can get open underneath, allowing him to make quick throws. It’s still an area for improvement in his game – 80.9 QB rating (34th in NFL) and 72.2% completion rate (33rd) – one that a shifty receiver can help turn into a strength.

While Josh Downs isn’t going to ever be among the NFL leaders in downfield plays, he makes his money working the short and intermediate game. He also demonstrated outstanding hands at North Carolina with a 74.8% catch rate (PFF), snagging 202 receptions for 2,483 yards in his final two seasons.

Teven Jenkins avoided draft bust status with his move to guard, a position he excelled at this past season. Chicago shouldn’t feel super comfortable with its interior offensive line long-term, but finding a pillar at left tackle who could be a multi-contract player is far more important.

Sacks are very often a reflection on the quarterback, especially those who hold onto the football for extended periods of time. Instead, we’ll highlight that Chicago ranked 29th in Pass Blocking Efficiency (82.5), finishing as the only team with fewer than 600 dropbacks (510) and 150-plus pressures allowed. As for the impact it had on Fields, just look at his splits.

North Dakota State’s left tackle Cody Mauch is the first step towards improving things in Chicago. Even weighing over 300 lbs, Mauch moves incredibly well for his frame and position. He also brings tenacity as a blocker that helps him finish through the whistle. He will need NFL coaching to help him become more refined as a pass blocker, but he could start out at right tackle.

Lukas Van Ness, who earned second-team All-Big Ten honors this past season, is a force on the edge. The 6-foot-5 edge defender recorded 19 tackles for loss with 13 sacks over the past two seasons and was credited with 45 career hurries and an 80.2 PFF grade in his final season. He might have been a first-round pick in the 2024 NFL Draft if he stayed at Iowa and a strong pre-draft process might push him near that range now. 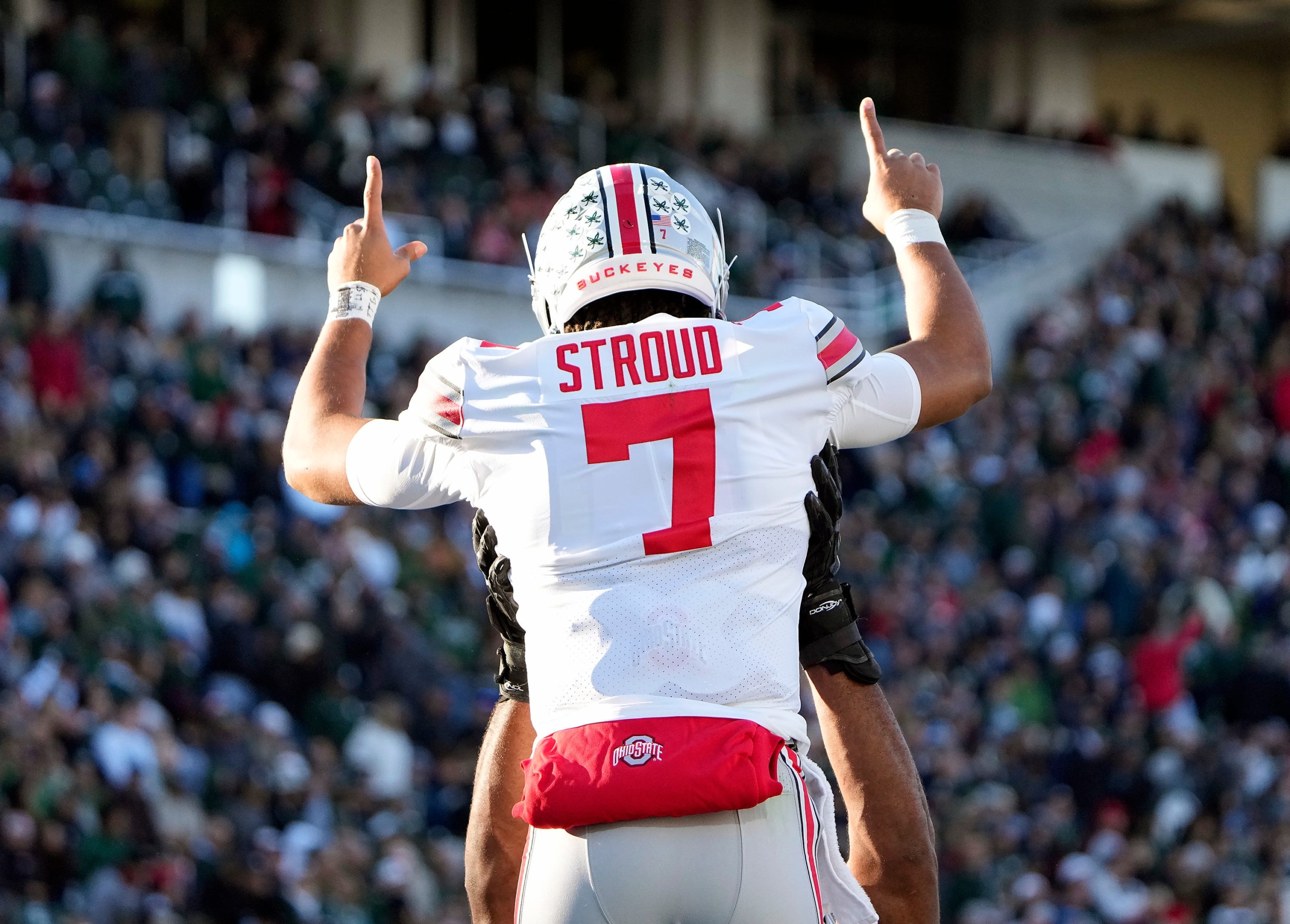