We’re still three weeks away from training camp. The Las Vegas Raiders rookies will report on July 18 and the veterans will join them on July 20. From that point forward, the coaching staff should see a separation between athletic talent and playmaking potential on the football field, especially in padded practices.

While fans will want to see highlights of new veteran stars Davante Adams and Chandler Jones, a few under-the-radar names can garner some of the spotlight this summer.

The Raiders will have key training camp battles at cornerback and wide receiver with newcomers jockeying for roster spots at linebacker. Look for standouts at those positions.

Let’s start with the secondary where the Raiders must replace cornerback Casey Hayward, who signed with the Atlanta Falcons in free agency.

Anthony Averett has slipped under the radar with so much focus on Rock Ya-Sin, whom the Raiders acquired in exchange for edge-rusher Yannick Ngakoue in the trade deal with the Indianapolis Colts.

However, based on coverage numbers, Averett had a slightly better 2021 campaign with the Baltimore Ravens than Ya-Sin had in Indianapolis.

Though they played for different teams, Averett played well within a bottom-tier Ravens pass defense that gave up the most yards and ranked 26th in touchdowns allowed. He was a bright spot for a porous unit.

Equipped to play man coverage in former Ravens defensive coordinator Don “Wink” Martindale’s scheme, Averett has shown the ability to defend on the boundary. He’s only played in a full-time starting role for one out of four seasons in Baltimore, but the 27-year-old could be a late bloomer with increased opportunities.

Don’t use a pen to write Ya-Sin’s name in a starting spot. Averett can turn some heads this summer and challenge him for the lead role opposite of Trayvon Mullen.

Among the undrafted free agents on the roster, keep an eye on Darien Butler. Yes, he has the connection to linebackers coach Antonio Pierce, who served as his defensive coordinator at Arizona State, but the undersized linebacker made a significant leap between his junior and senior collegiate terms, shedding weight and contributing in pass coverage as a three-down defender.

Going into 2021, Butler only had one pass breakup on his resume through three campaigns as a starter. Last year, he recorded three interceptions and three pass breakups while remaining active against the run, logging 68 tackles, which included 8.5 for loss.

How did Butler go undrafted despite his improvements? He doesn’t check the height-weight measurements box for an NFL linebacker at 5’10”, 221 pounds. Too small to project as a two-down thumper, the three-year collegiate captain will have to showcase his increased quickness and intangibles to make the cut for the 53-man roster.

Fortunately for Butler, he has someone on the staff in Pierce who knows how to get the best out of him. If he continues to improve his coverage skills, the Arizona State product can expand on a special teams role and claim a spot at a position that’s gone through significant turnover this offseason (linebackers Cory Littleton and Nick Kwiatkoski released). 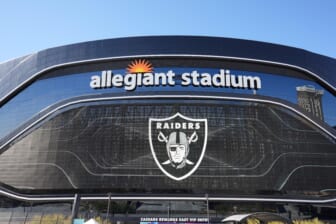 We could see fierce competition for a spot in the linebacker rotation, and Butler can put himself in the mix.

The Raiders signed Keelan Cole and shortly after, they dealt Bryan Edwards to the Atlanta Falcons. One transaction didn’t necessarily lead to the other, but Vegas has an opening in three-wide receiver sets.

Cole, Demarcus Robinson and Mack Hollins will likely push for snaps alongside Adams and Hunter Renfrow, but only one of them has excelled in a prominent role with a previous team.

As an undrafted product out of Kentucky Wesleyan, Cole left his mark on the Jacksonville Jaguars offense. In his rookie year, he led the team in receiving yards (748). In 2020, he listed second among the club’s pass-catchers in receptions (55) and receiving yards (642) as one of three wideouts (along with DJ Chark and Laviska Shenault Jr.) tied for a team-leading five touchdown receptions.

With a steady volume of targets, Cole can rack up decent numbers as a WR3. He doesn’t need to post big numbers week to week if Adams, Renfrow and tight end Darren Waller stay healthy for most of the season.

However, Cole can do what Nelson Agholor did in 2020 and make big plays but on a smaller scale with enough targets to go around a much-improved pass-catching group. He’s averaged at least 15 yards per reception in three out of five seasons.