While everything looks good for the Las Vegas Raiders on the field in 2022, the organization once again finds itself at the center of detailed allegations regarding its culture and what transpired under owner Mark Davis.

Immediately after former Raiders’ president Dan Ventrelle was dismissed by the club, the former team president came forward with allegations of a hostile work environment in Las Vegas. As Ventrelle described it, he was fired just 10 months into his new gig after reporting alleged misconduct to Davis and then taking his worries to the NFL.

Shortly after Ventrelle came forward, multiple former team employees told the New York Times that the Raiders dealt with substantial financial issues. Among them, the organization had unpaid bills, had recurring issues of financial mismanagement and they said the team was in disarray financially.

While the front office has pushed back against the claims and is trying to turn the focus back to football, a new story by the Las Vegas Review-Journal details a history of lawsuits, complaints and other troubling matters within the franchise.

Reporters spoke to sources both on and off the record, with some providing insight into the Raiders’ situation. One of the most concerning allegations comes from a former H.R staffer with the team. 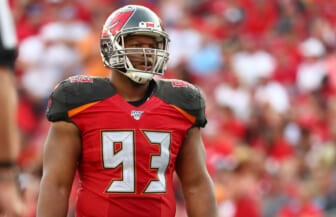 Nicole Adams told the Las Vegas Review-Journal that her experiences with the Raiders forced her to file a complaint with the Nevada Human Rights Commission. In that complaint, she alleges that her time with the club put her through experiences of racial discrimination and later retaliation after reporting her concerns. Furthermore, per Adams, the Raiders created job descriptions to enable them to avoid paying overtime to some staffers.

Others also came forward with disturbing claims against Las Vegas. Multiple women said they were instructed on what to wear inside the building, many times being accused of distracting the men who worked for the Raiders.

The in-depth report by the Review-Journal also provides a timeline showing years of workers filing complaints or lawsuits against the Raiders’ organization, ranging from claims of discrimination in November 2018 to former scout Bradley Kaplan alleging he was fired for seeking family leave after he and his wife welcomed home their newborn child.

Further reporting by Briana Erickson and Mick Akers sheds light on the ‘boys club’ many experienced while working for the Raiders, with several of the women who filed harassment claims detailing their experiences. 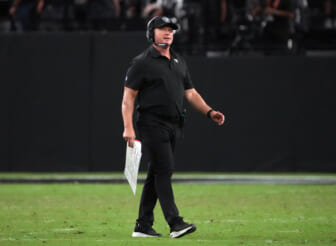 While the NFL declined to comment on the recent story, it is already conducting an investigation into the claims made by Ventrelle. As commissioner Roger Goodell disclosed this offseason, NFL owners have the authority to force an owner to sell his team if it receives enough votes and it is determined the owner violated league bylaws and damaged the NFL’s integrity.