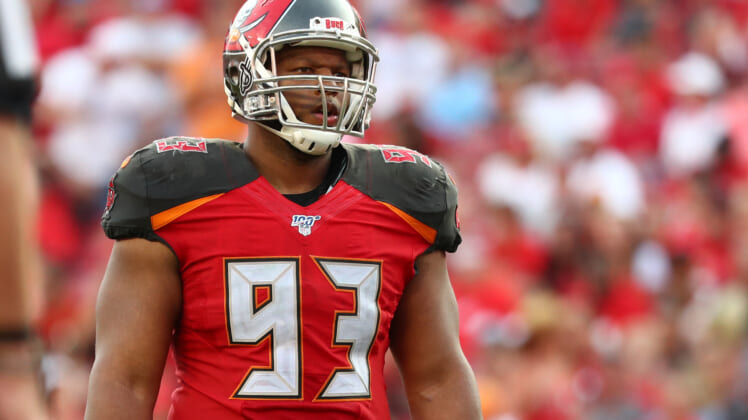 In previous years, we often heard that notable players in search of a new destination had an interest in the Las Vegas Raiders — from quarterback Tom Brady’s decision during the 2020 offseason to a disgruntled Russell Wilson after the Seahawks campaign the same year. This time, we heard it directly from the player when Ndamukong Suh had some interesting comments about joining the Silver and Black.

On Monday, Suh appeared on ESPN’s NFL Live telecast, and Mina Kimes pitched the Raiders as an appealing destination. In his response, Suh revealed that he recently exchanged messages with edge-rusher Maxx Crosby and that he’s intrigued by the thought of playing with him and Chandler Jones.

Early Tuesday, Suh followed up with an unprompted quote tweet singling out the Raiders as a potential landing spot:

Jones took note of Suh’s tweet with a bit of excitement by reciting a popular line from the 1990s classic film Friday when he said, “stop playin with my emotions Smokey!” As we all know, players don’t make the roster moves, and it takes two sides to tango. According to USA Today’s Tyler Dragon, the Raiders and Minnesota Vikings have been in contact with Suh.

Pump the brakes on Suh to Las Vegas

On the flip side, CBS Sports’ Josina Anderson doesn’t see Suh on the Raiders’ radar at this point:

Vincent Bonsignore of the Las Vegas Review-Journal dropped a report that coincides with Anderson’s sources. “The sense is the Raiders aren’t as keen on the idea as Suh is, at least at the moment,” Bonsignore wrote. “That is always subject to change depending on how the Raiders assess their defensive line needs ahead of training camp. And money always plays a role. But for now, it appears the interest is not mutual.”

Bonsignore went on to elaborate on why the Raiders might pass on Suh.

“Suh has played the last four seasons on one-year deals, the last three in Tampa Bay for at least $8 million,” Bonsignore wrote. “If he is adamant about staying in that range, it’s difficult to see the Raiders meeting that price. Also, the Raiders are moving from a 4-3 defensive alignment to a 3-4. Suh has played most of his career in the 4-3 scheme.”

Analyzing Suh’s fit on the Raiders

In each of the last three years, Suh has signed one-year deals worth $8-$9.25 million. Despite his solid performance in recent seasons, he’s not worth that price at 35 years old. Suh would probably have to drop in between the $6-7 million range to become a more attractive free-agent option for most teams because he doesn’t play at a premium position.

Bonsignore notes that Suh has played in a 4-3 scheme for most of his career, which is correct, but he’s lined up in an odd-man front (with three defensive linemen) for the last four years, dating back to his 2018 season with the Los Angeles Rams. 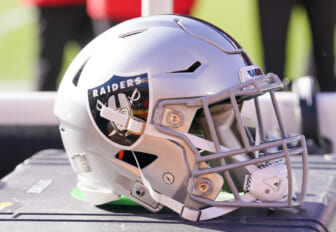 From the outside looking in, Suh’s asking price seems more like a potential obstacle than his schematic fit for the Las Vegas Raiders’ multiple fronts under new defensive coordinator Patrick Graham, who could run a mix of even- and odd-man fronts but lean more so on the latter.

Perhaps Suh is trying to drive up his market value at 35 years old, but if the Raiders seriously consider him, he could elevate a revamped defensive line that may feature Bilal Nichols, Johnathan Hankins, Vernon Butler, rookie fourth-rounder Neil Farrell Jr. and rookie fifth-rounder Matthew Butler.

Among the five defensive linemen mentioned, Nichols and Hankins seem like the most probable defenders to log a majority of the defensive snaps (55 percent or more) on the front line. As rookies, Farrell and Butler will have to push for roles through the summer. Butler isn’t quite a lock to make the roster, which leaves room for improvement on the interior.

Though Suh is a risky acquisition at his age, he hasn’t shown a significant decline in his overall production. The veteran defensive tackle still has the ability to penetrate into the opposing team’s backfield, recording at least six sacks, seven tackles for loss, and 19 pressures with the Tampa Bay Buccaneers in 2020 and 2021. Furthermore, he hasn’t missed a game since the 2011 season.

Still reliable in availability, with playmaking ability on the interior, Suh can be a decent compliment to Crosby and Jones on the interior and help Farrell and Butler develop early in their respective careers. 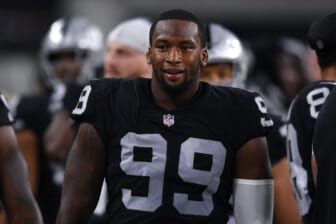 With decent production, Super Bowl experience, and the accolades (three All-Pro campaigns and five Pro Bowl nods), Suh can bring something to the field and the locker room with his intangibles if the Las Vegas Raiders want him in Nevada.