For a very long-time, NFL rules strictly prohibited active athletes from having contracts to directly endorse many people’s favorite adult beverage: Beer. However, in 2019 those guidelines were slightly adjusted to allow them to appear in ads but only in their uniform and with advertisement images limited to shots from the Associated Press. That is pretty limiting if a star athlete is looking to make a buck off their success and not share it with the team.

The rules are an elite level of hypocrisy since the NFL has an official beer, spirits, and wine sponsor. Yet somehow don’t let their players partake in the alcohol cash cow that they do. However, like he has beaten offenses during broken plays for years, Patrick Mahomes has made something out of nothing and scored a touchdown in a unique sponsorship with Molson Coors, the company behind Coors beer.

In a brilliant piece of workaround marketing, Coors unveiled on Wednesday a new ad with Mahomes peddling a Coors product. But not a Coor Lite beer, but a Coors “Light.” As in a flashlight with the company’s logo emblazoned across it.

The commercial is completely tongue in cheek in all the best ways and often makes fun of the ridiculousness of the beer sponsor ban for players. 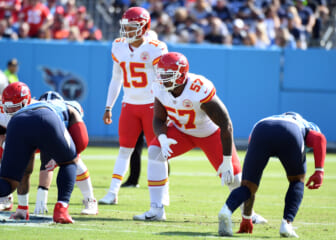 On Thursday, Pro Football Talk reached out to the NFL about the hilarious ad but had yet to receive a comment. However, the outlet suggested no penalties are likely coming Mahomes’ way since Molson Coors is planning to spend big money on Super Bowl advertising in 2023, after 30 years out of that racket.

Plus, Anheuser-Busch recently gave up its exclusive rights to advertise during the Big Game, meaning the NFL probably wants to stay on good terms with a future big-time sponsor partner. As always, sports decisions come down to the money.