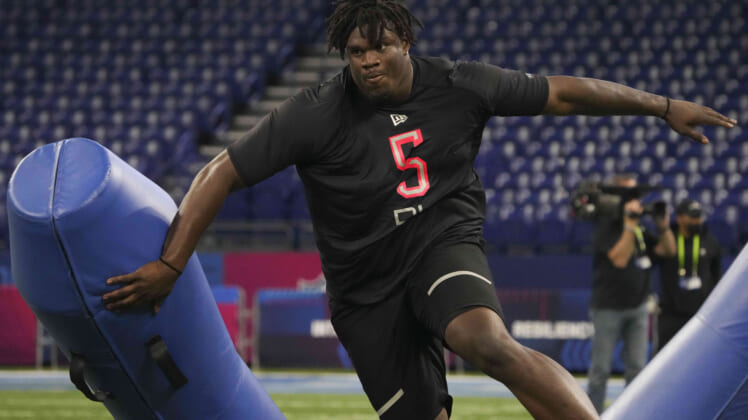 Former Georgia defensive lineman Jordan Davis generated a lot of buzz around the league after his incredible NFL Combine performance. Will he do enough to become a top pick in the 2022 NFL Draft?

Viewed as a top-25 pick before participating in on-field testing, Davis already had plenty of fans in the scouting world. Right before the NFL Scouting Combine, The Draft Network projected Davis to the Dallas Cowboys and NFL Media’s Bucky Brooks had Davis going 22nd overall to the Las Vegas Raiders. Much like Dallas, Josh McDaniels’ team needs a presence inside given the fact that much of the defensive line is not signed long term.

However, things might’ve changed after Davis turned in a mesmerizing performance in a variety of drills. From an absurd 4.78 40-yard dash to an equally remarkable 32-inch vertical, the 341-pound defensive tackle tested off the charts. According to NFL Draft analyst Kent Lee Platte, Davis’ Relative Athletic Score – measuring a player’s athleticism relative to their dimensions – Davis has the second-highest raw grade in RAS history.

Needless to say, his draft stock is skyrocketing just as fast as he ran the 40. With that in mind, let’s examine the best landing spots for Jordan Davis.

Davis is a dominant run defender, and to put it simply, he’s a behemoth. He trimmed down for the combine to 341 pounds, which surely helped him run that incredible 40 time. The Los Angeles Chargers need help addressing their run defense, so Davis makes sense here.

Two of the Chargers’ defensive tackles, Justin Jones and Linval Joseph, will be free agents. So, drafting Davis helps to alleviate those losses and improve them as well. In his last two years, he proved he could consistently disrupt offenses, accumulating six tackles for a loss.

Plugging in Davis immediately improves the rest of the Chargers’ defenders, most notably Joey Bosa. Davis’s college stats might not stand out at first glance, but L.A. needs a player whose impact will go beyond that, a game-changer, and Davis will be just that. 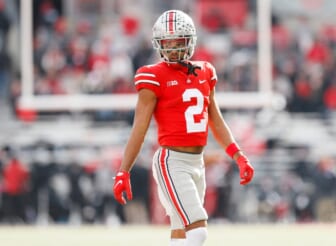 The Philadelphia Eagles are in a prime position to pick up Davis due to the luxury of having multiple first-round choices. Yes, the Eagles need a wide receiver, but it’s possible they could upgrade their defensive tackle group and still land a top receiving prospect.

Why Davis? It might not seem likely due to the Eagles not prioritizing defensive tackle in the top five of their offseason needs. Nevertheless, sometimes that logic goes out the window if you can land a player of Davis’s stature and potential. Even so, the Eagles could lose Fletcher Cox as he’ll be a free agent and Milton Williams is a question mark at this point. 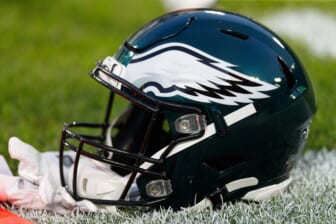 If the Eagles can draft a player that’ll be able to shore up the run defense and perhaps become a disruptive force as a pass rusher as he develops, they’d be fools not to take a chance.

Drafting a run-stuffing defender is far from “sexy or flashy,” but New Orleans Saints head coach Dennis Allen needs to round out his defense. Yes, the team needs a true quarterback and an upgrade at wide receiver. However, free agency will likely provide solutions there or via trade. Allen’s direction in the first round might depend on how the team operates this month in that phase of the offseason. 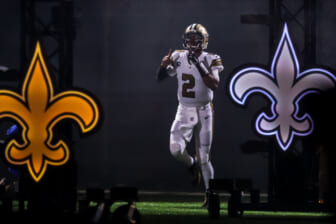 There’s not much to brag about when it comes to Saints defensive tackles. Outside of David Onyemata, the Saints were not able to mount much pressure. The inherent risk in drafting Davis will be whether the former Bulldog makes an immediate impact against the pass.

Considering the athleticism he displayed at the combine, you’ll likely see him climbing up draft boards, which could pressure the Saints. If NFL scouts indeed see him as a top-15 pick and he falls to 18, the Saints could hit the jackpot.