Jameis Winston settled in as the New Orleans Saints starting quarterback, playing well and working towards a big contract in the offseason. While a torn ACL derailed his hopes, he might have a shot at redemption.

Winston, who is still recovering from an ACL tear suffered on Oct. 31, is one of the top free-agent quarterbacks available this offseason. It speaks to the scarcity of starting-caliber talent available in NFL free agency and an existing belief that the former No. 1 pick can be a viable starter.

Before the season-ending knee injury, Winston and the Saints looked like a playoff contender. Even without Pro Bowl wide receiver Michael Thomas and amid numerous injuries along the offensive line, New Orleans found ways to win games. 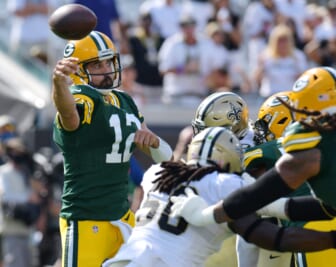 With Sean Payton gone, the likelihood of Taysom Hill starting in 2022 is very low. It leaves the franchise looking for a viable quarterback. On Yahoo’s You Pod to Win the Game podcast, NFL reporter Charles Robinson explained why it’s very possible Winston is back in New Orleans next season.

There’s plenty of logic behind a potential return. Pete Carmichael Jr. – the Saints’ offensive coordinator and play-caller in 2022 – is very familiar with Winston. After two seasons together, there is trust and understanding.

Winston comes with risk, especially after a season-ending knee injury, but New Orleans might feel more confident in starting him over Mitch Trubisky or Marcus Mariota. The franchise also emphasizes how a player fits in the locker room and Winston can be a leader.

If he’s willing to sign a one-year deal, earning incentives for a playoff appearance or statistical milestones, a reunion could work out for both sides.