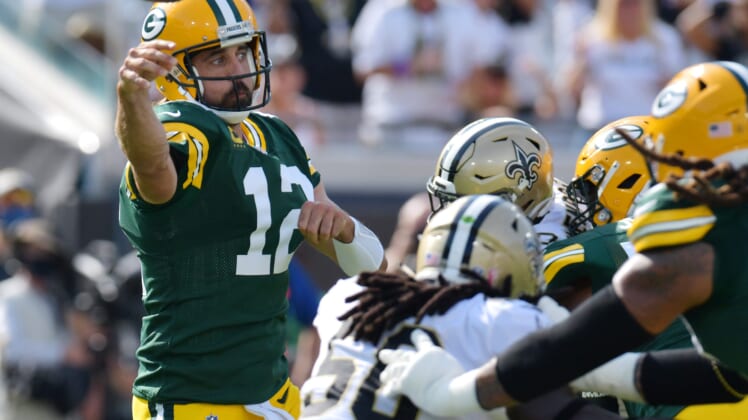 If Green Bay Packers quarterback Aaron Rodgers asks for a trade this offseason, count the New Orleans Saints out among the list of NFL teams who will pursue him.

New Orleans will be involved in the quarterback market this spring, looking for a way to upgrade over Taysom Hill. Re-signing Jameis Winston is an option, but the front office is going to be working off a smaller list of potential starters than fellow competitors.

While clubs like the Tampa Bay Buccaneers, Denver Broncos and Pittsburgh Steelers are expected to inquire with Green Bay about Rodgers this offseason, the same can’t be said about New Orleans. 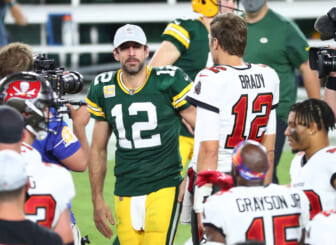 Also Read:
Aaron Rodgers to the Tampa Bay Buccaneers: How it might look

Pro Football Talk’s Mike Florio reported Thursday that sources within Saints’ organization say the team will not make a run at Rodgers.

It shouldn’t come as a huge surprise. The Saints are $75 million over the 2022 salary cap heading into the offseason. While contract restructures and extensions will help New Orleans meet the cap line, it won’t have nearly enough to absorb Rodgers’ contract.

Because of cap constraints, pursuing any of the top quarterbacks (Rodgers, Russell Wilson and Deshaun Watson) is unlikely for the Saints. Even acquiring Jimmy Garoppolo would likely require the San Francisco 49ers to cover a significant portion of his salary.

Ultimately, the Saints will likely have to settle for taking a flier on a free-agent quarterback or they will use their 2022 first-round pick in a quarterback class that isn’t particularly strong. 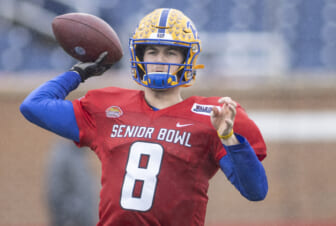