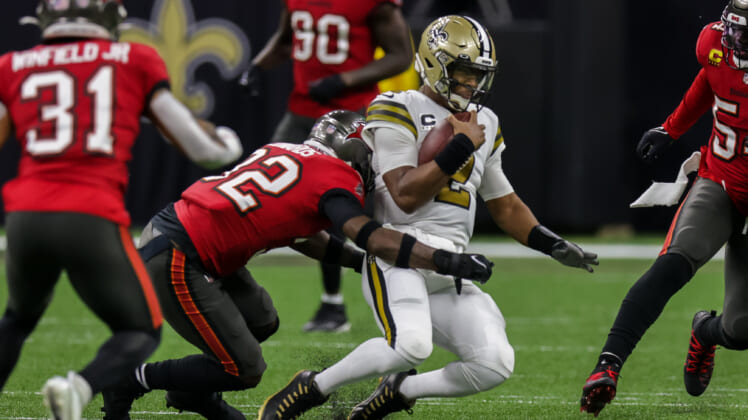 Early in the second quarter with the score at 7-7, Winston scrambled to his left where Bucs linebacker Devin White found him, bringing the QB down with a horse-collar tackle, getting flagged 15 yards on the play.

However, it was the way Winston went down that was gut-wrenching. Winston’s leg got stuck in the Superdome turf a bit as his knee bent sideways.

The seven-year pro had to be carted back to the locker room and is expected to miss the rest of the game. Backup Trevor Siemian is into the game with Taysom Hill still recovering from a concussion suffered in Week 5.

We’ll keep you posted on any status updates regarding Jameis Winston’s health, but we’re all hoping for a quick recovery.