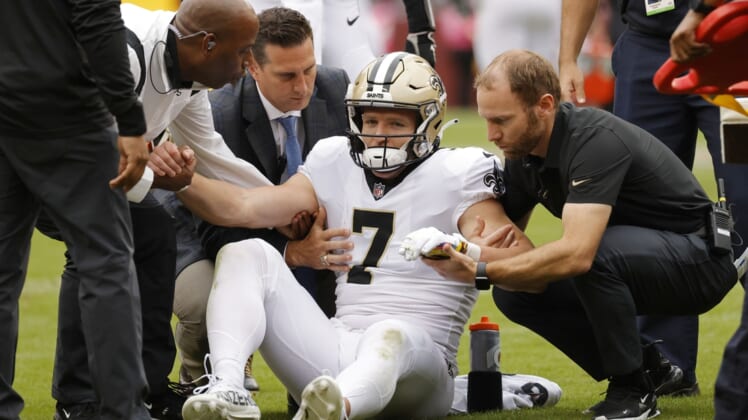 Versatile New Orleans Saints utility player Taysom Hill sustained a concussion and was ruled out for the remainder of Sunday’s game against the host Washington Football Team.

Hill was injured after he was on the receiving end of a helmet-to-helmet hit by Washington’s William Jackson during the first half. Hill remained on his back for several moments before getting to his feet. He was then carted off the field.

Hill had one catch for 11 yards on Sunday to boost his season totals to three and 37, respectively. He also has completed 3 of 4 passes for 12 yards with an interception on the season, and rushed 16 times for 77 yards and three touchdowns.