Cincinnati Bengals quarterback Joe Burrow was enjoying a breakout rookie season when a gruesome injury derailed everything and raised some concerns about his future. With NFL training camp approaching, Burrow provided an update that will make everyone in Cincinnati happy.

Just seven months after Burrow suffered a torn ACL and ACL, the face of the Bengals’ franchise let the world know on Instagram that he’ll be back out on the field quickly for the 2021 NFL season.

While Burrow didn’t go into specifics regarding his recovery, the timetable for a full return in September is fantastic news for the Bengals. It also tracks with updates he and the team have provided since he first went down in November. 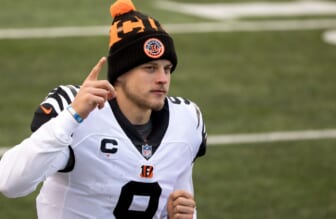 When the Bengals reported for minicamp, Burrow told reporters he anticipated returning to the field in training camp. The franchise has monitored his recovery closely, ensuring that they don’t rush back the No. 1 pick from the 2020 NFL Draft.

A delayed return shouldn’t impact the Bengals’ offense too much. Burrow already had chemistry with wide receivers Tee Higgins and Tyler Boyd from their time working together last season. As for Ja’Marr Chase, the No. 5 overall pick in the 2021 NFL Draft, he and Burrow were the best quarterback-receiver duo in college football during LSU’s title run.

The organization will certainly take a cautious approach during training camp, limiting Burrow’s reps and keeping him in the pocket. But when the Cincinnati Bengals schedule kicks off in Week 1, Burrow will be under center.