The Cincinnati Bengals are counting down the days until Week 1. While the redesigned jerseys give them a fresh look, fans are even more excited about the players they’ll be watching in 2021.

Joe Burrow is returning from a gruesome knee injury, one that derailed the Bengals’ season. With the former No. 1 pick back on the field, Cincinnati should fare much better than its 4-11-1 record last year. Of course, there are even more reasons to feel optimistic about this team.

Here are five reasons why Cincinnati Bengals fans should be excited about their team in 2021. 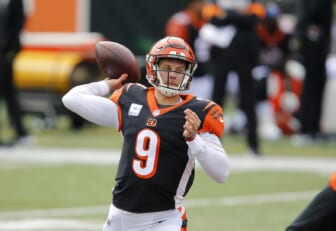 Zac Taylor is fighting for his job

As a coach on the hot seat, Zac Taylor needs a rapid turnaround to save his job. In an ever-competitive atmosphere, the Bengals have their franchise quarterback and a great cast of weapons around him. If things go wrong, it falls on the head coach.

We’ve seen this organization already make changes. While it starts with the redesigned jersey and enhancements to the stadium, this is only the beginning of a new era. If Taylor wants to be a part of a winning atmosphere, scoring the fourth-fewest points per game won’t cut it.

Cincinnati averaged just 19.6 points per game this season, but the numbers look very different when comparing splits before and after Burrow’s Week 11 injury.

Heading into the season, Taylor likely knows he’s on the hot seat. But then again, the Bengals don’t usually fire coaches who are still under contract. It is not known how long his contract is or when it runs out.

Taylor’s best bet if he wants to remain in Cincinnati is to start winning games ASAP.

Aside from a questionable offensive line, there’s no reason why this scoring attack can’t take a step forward. With Burrow healthy, the talented trio of Tyler Boyd, Tee Higgins, and Ja’Marr Chase offers plenty of big-play options for the franchise quarterback.

Chase has the profile of a true No. 1 receiver and is fully capable of being better than Higgins was as a rookie. Hell, Chase might even give Justin Jefferson a run for his money, putting up insane numbers a year removed from LSU.

Burrow and Chase already have a bond from their successful college days as Tigers, now they can repeat the same cycle as Bengals in the pros. 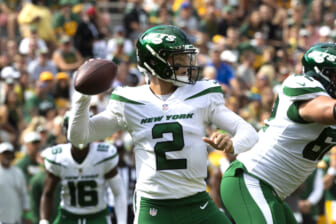 A former second-round selection, Boyd has two 1,000 yard seasons under his belt and is just 26. Higgins, another second-round pick, racked up 908 receiving yards as a rookie which included six games of Ryan Finley and Brandon Allen throwing him the ball.

Chase has Offensive Rookie of the Year potential. Put the three of them together and Burrow has a trio of wideouts capable of 1,000-yard seasons. It’s not the only explosive element to this offense either.

Adding right tackle Riley Reiff paired with a healthy Jonah Williams could turn things around. Not only will Mixon be healthy, but the opportunity for open running lanes would allow him to put his home-run ability on full display.

Another benefit, opponents will be focused on stopping other weapons. Defenses will also have to be mindful of the now dynamic receiving trio propelled by Burrow, ready to strike at any moment.

If they can find a balance between Mixon toting the rock and utilizing their stable of receivers, the Bengals’ offense should be much better than they were last season.

Addressing their pass-rushing concerns, the Bengals signed defensive end Trey Hendrickson. He finished with the second-most sacks (13.5) in the NFL, tied with two-time Defensive Player of the Year Aaron Donald.

Joining a defensive line with Reader at the nose, Hendrickson can have a similar impact his first year in Cincinnati. Even if he doesn’t finish top-five again, Hendrickson should be able to top the 5.5 sacks that led the Bengals last season.

Reader himself is no slouch, when healthy. In 2019, before signing with the Bengals, Reader had an 86.7 PFF grade across 15 games. With a full season, Reader can help improve what was a terrible run defense last year.

The addition of Hendrickson should ease the workload of Reader, allowing both to individually wreak more havoc. If the Bengals manage to stay healthier as a team than they were last year, we should see them finally turn a corner in 2021.

Another great second-round selection by the Cincinnati Bengals (four if you’re keeping count), Jessie Bates III has racked up 100 or more tackles each year in the NFL. Not only has Bates been a tackling machine, he also has three interceptions a piece in his three seasons.

Most recently, Bates is coming off his best performance yet according to PFF, grading as the highest-rated safety in the league at 90.1 in 2020. While the 320 tackles across 48 games are awesome, PFF also assigned Bates an even more impressive coverage grade of 90.

Is there anything this young safety can’t do? Just 24, Bates is still wet behind his ears.

Watch out for this Bengals defense as they learn how to roar, gaining experience, confidence, and swagger along the journey.

While many are overlooking them, these big cats are building strength and wisdom. Just don’t be caught off-guard when the Bengals strike in 2021.