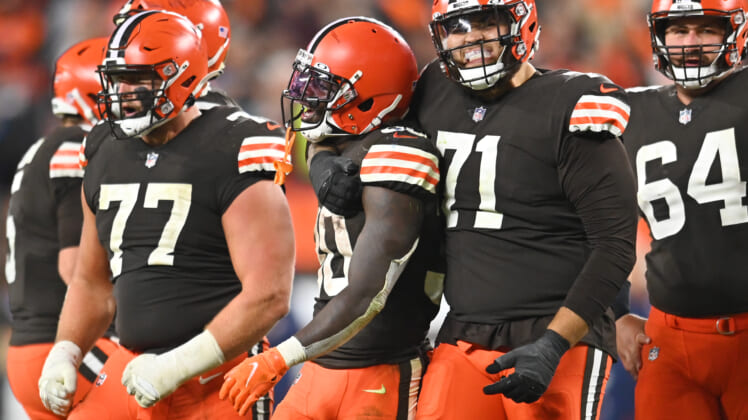 Week 15 of the NFL was wacky, but not all that unfamiliar after last season saw similar scheduling quirks as the sports world looked to continue on with COVID-19 dominating airwaves. There were three games postponed from the Raiders-Browns, Seahawks-Rams, and Washington-Philadelphia games all played at a later date than originally scheduled. Though the NFL took some heat from its players and fans, NFLPA president JC Tretter says the games were nearly canceled altogether, before the league finally agreed to postpone them.

Tretter, the starting center for the Cleveland Browns, was one of the targets of criticism from Las Vegas Raiders linebacker K.J. Wright, saying the team should either “play or forfeit“. Now, Tretter is saying he’s on the side of the players, as he has been all along, fighting for the same values as them. Tretter’s goal was to ensure every player got paid.

With contracts being paid out based on game checks, had the Browns and Raiders not played, no players from those two teams would have received their game checks for the week. JC Tretter went on to say he “doesn’t think people realize how close those games were to being canceled“.

While fans can complain about the quality of the gameplay with several players missing due to the league’s health and safety protocols, at least the game got completed, which for some players means more than others. Even if it came at the expense of a loss for the Browns, which could be the game that keeps them out of the playoffs.

We’re at a point where there is no way to please everyone. Canceling the games costs money, which the league doesn’t want to do. And continuing to play them causes many onlookers to question whether the league cares about player safety. It’s a lose-lose situation.