WATCH: Indianapolis Colts get screwed out of 98-yard touchdown 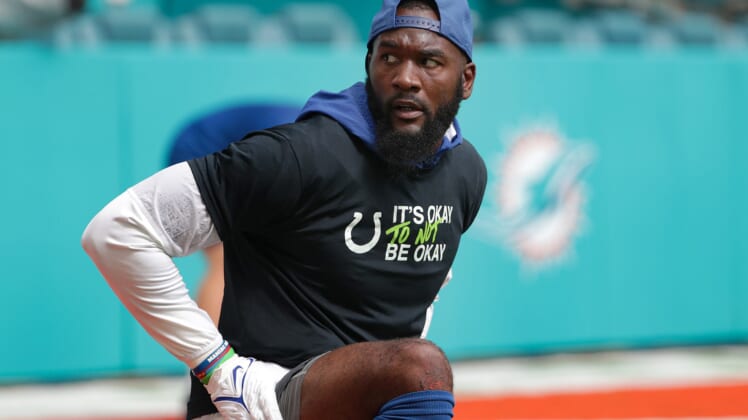 Lamar Jackson and the Baltimore Ravens were having a tough go at it Monday night at home against the Indianapolis Colts.

Already down 16-3 about midway through the third quarter, it looked like the former NFL MVP was about to make it a one-score game.

Baltimore had first and goal from the Colts one after a tremendous scramble from Jackson earlier on the drive.

Unfortunately, disaster seemed to strike at M&T Bank Stadium in Baltimore. Jackson took the snap from under center and was attempting to get into the end zone.

He ended up losing the ball with Colts linebacker Darius Leonard scooping it up before the star lateraled the ball to cornerback Isaiah Rodgers for what seemed to be a 98-yard fumble recovery for a touchdown. Check it out.

Officials on hand reviewed the play to see if Lamar Jackson was down. While they confirmed that he had fumbled, the same officials saw this replay and believed that Leonard’s lateral to Rodgers was actually an illegal forward pass — negating the Indianapolis Colts touchdown in the process.

That’s just absolutely absurd. You don’t need to have a degree in physics to understand that this was a lateral. Those watching the game agreed.